Attention “Invader Zim” fans and LEGO fans alike; this project needs your support to be made into an official LEGO set. All you have to do is click the big green button to the right of your browser. It's free!

Due to new LEGO Cuusoo guidelines posted 12/12/13, this project has been updated to only include existing LEGO molds.

We extend our thanks to Operation Head Pigeons for the redirect and posting it on their Facebook. They'd like us to remind you they aren't the minds behind this project. ;) 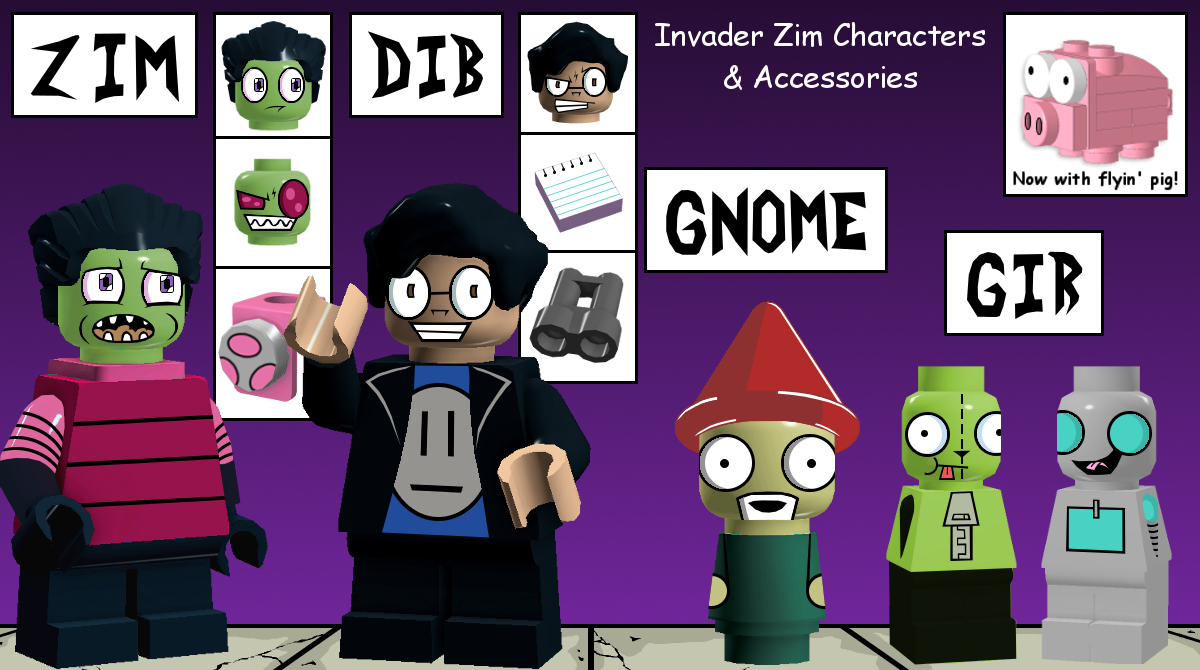 This set will include the following minifigures:

* 1 Zim minifigure with 2 heads (alien form head and human disguise head) and backpack (life support unit?). The legs that will be used are the mini legs, not the bendable hip joint ones since Zim is supposed to be the size of a child.

* 2 Gir micro minifigures (one in robot form and the other in dog disguise) and a big plate of waffles. “These ones got peanuts and soap in em!” – Accessory is inspired from the episode “Zim eats waffles”. Using micro minifigures for Gir will make him the perfect size compared to Zim.

* 1 Dib minifigure with binoculars and notepad. “"Time for some serious notes!" – Accessories inspired from the episode “Dib’s wonderful life of doom”. The legs that will be used are the mini legs, not the bendable hip joint ones since Dib is supposed to be the size of a child. 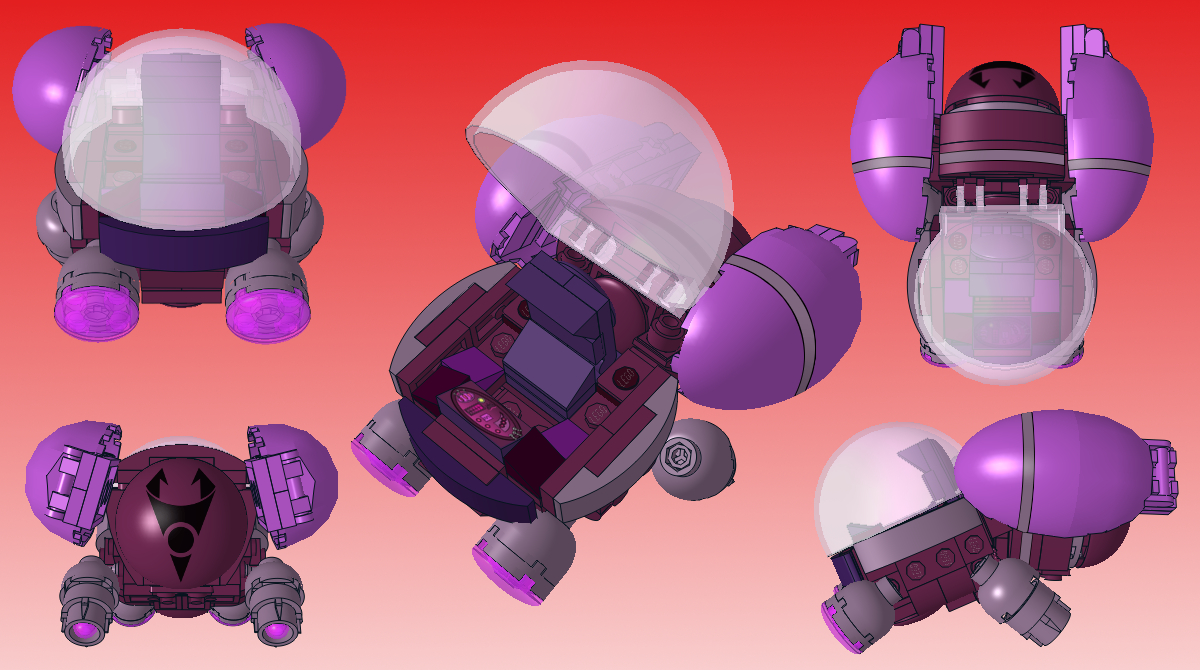 * Voot Cruiser with enough space inside for Zim and Gir to stand. The engines are also rotatable and there is a printed Irken symbol on the back of the ship. The cockpit also has a computer console for manual control of the Voot. 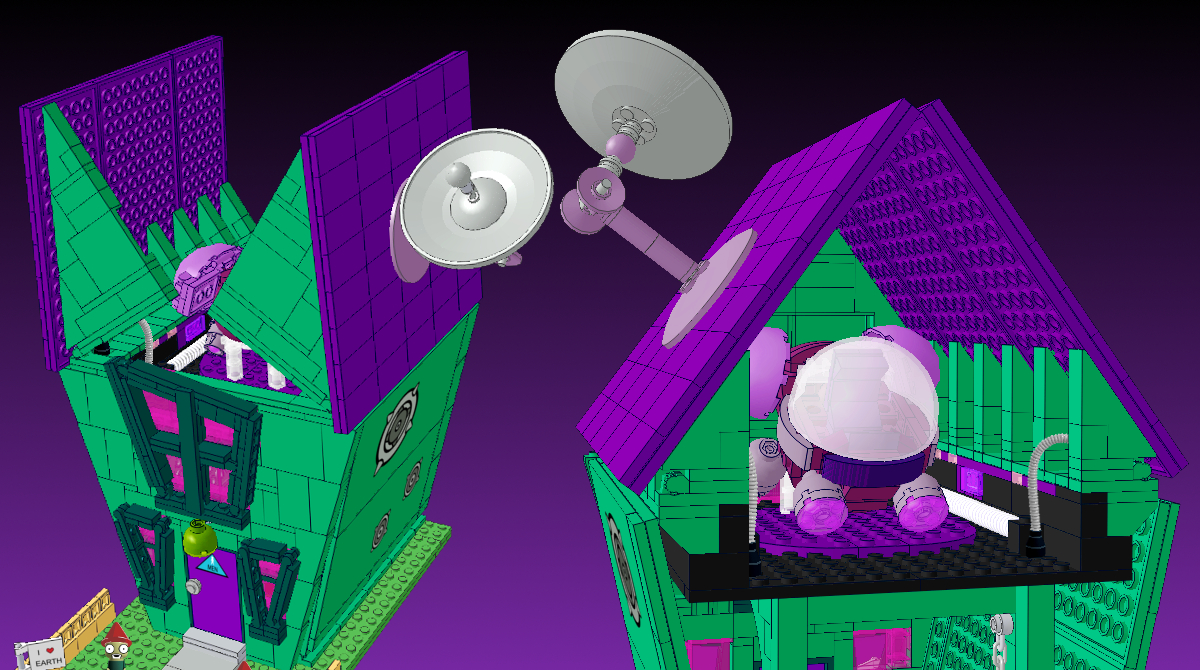 * Voot roof storage compartment includes pipes, computer screens and a landing pad. There is also a clear docking station so the Voot appears to be floating and locks in place so you can play inside the house without it moving around. 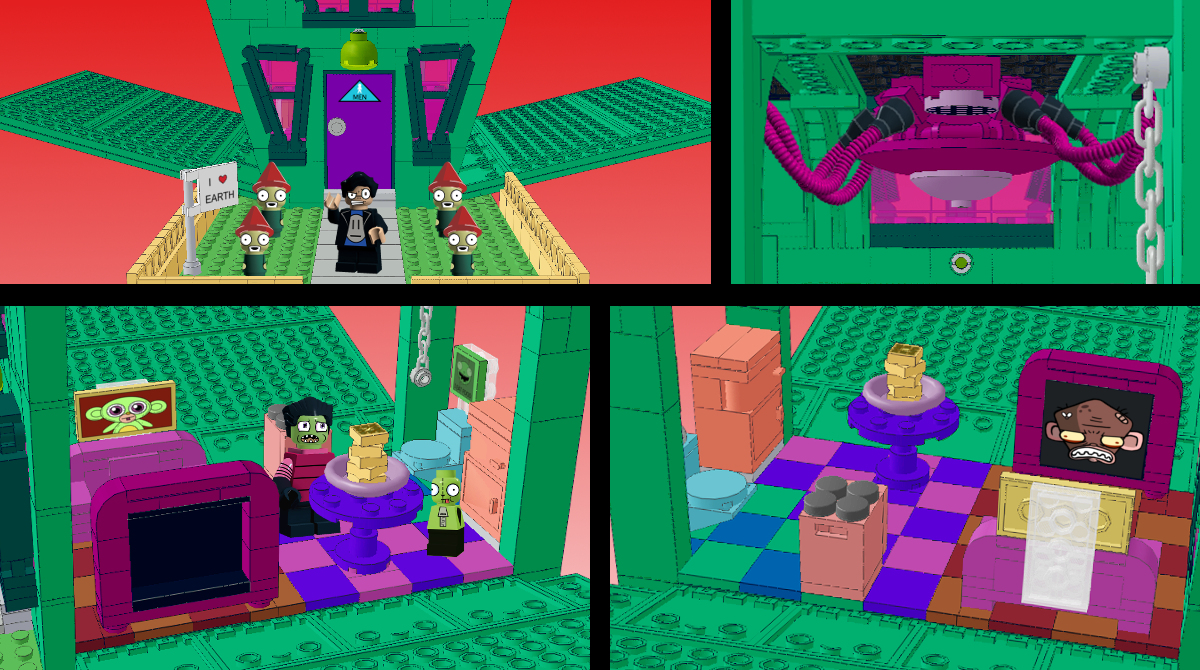 * Living room of the house features a couch with the green monkey picture above it, big screen TV with “The Scary Monkey Show” displayed as well as alien pipes and vents in the ceiling.

* Kitchen includes opening refrigerator and oven, toilet w/ chain for flushing Zim to underground base. As well as an “I eat food!” picture above the toilet. There is also a table for Zim and Gir to eat the waffles.

As of posting this on August 18th, 2013, this is the only set for “Invader Zim” on LEGO Cuusoo. We have been huge fans of the “Invader Zim” cartoon since it premiered in 2001 and this show is the inspiration for my username, buggyirk. Nickelodeon only produced 1.5 seasons worth of episodes, but it continues to have a loyal fan base that is thirsty for more. If you have never seen the show, Nickelodeon has posted some great episodes at nick.com. Just click the “Full Episodes” tab. I don't recommend starting with the “Pilot” though. It has a pretty different style compared to the show that “Invader Zim” became.

This Cuusoo project is a collaboration between my wife and I. Her username is jiminyc. She designed the minifigures. She also drew the characters, accessories, printed pieces and stickers. I designed the Voot cruiser and built it with real pieces to test the sturdiness and playability, but I had to design the house in LEGO Digital Designer due to the lack of pieces in my collection. I rebuilt these both in the software LeoCAD so I could do custom coloring in MLCad. I had never used LeoCAD or MLCad before, so this took some time.

This set is about 930 pieces. This means that in it's current state, it would be the biggest Cuusoo set LEGO has ever produced. However, if this is approved after the review phase, LEGO will build the final model and they may decide to reduce the part count or eliminate elements.

LEGO currently has a license for the “Spongebob” sets so I don't think it would be difficult for them to get an ”Invader Zim” license as well. If this passes LEGO's review and the sales are good enough, who knows, maybe LEGO will make more sets, like they did with the Cuusoo Minecraft set. There is a lot of good material for other LEGO sets. Not only this, but Nickelodeon could even bring the show back. Maybe LEGO Zim and Gir could make an appearance in a sequel to “The LEGO Movie”. A LEGO set would also help “Invader Zim” reach a younger demographic.

When we get closer to 10,000 supporters, I will post the LEGO Digital Design files so you can see how the house and voot were built. The colors will not be the same though, since LDD does not offer custom color options.

If you like this project, you may also like the Red-eyed Tree Frog project my wife and I made or my first Cuusoo project the Batman 2 Seater Tumbler.