Another exciting day today as "New River Gorge Bridge" was selected as one of the "Top 5 Projects Under 100 Supporters" in the Lego Ideas weekly digest email. Which is no longer the case, as we have safely passed that first milestone. Thanks to Lego Ideas for selecting my project for this honor -- for the third time! (I also earned this distinction for my Caboose Motel and Brick Canyon Bridge and Falls projects.) And thanks to all my new supporters for joining Team "New River Gorge Bridge"!

I will post some updates to the project when I have time, but I thought I'd take a moment to show how my earlier set, Brick Canyon Bridge and Falls, evolved into the "New River Gorge Bridge". Brick Canyon Bridge and Falls is a very complicated build, particularly in the slopes. Although the finished design looks oustanding, the internal construction is extremely complex and requires far too many small parts. I also was not happy with the final scale of the project. The bridge became a small, single-lane roadway but what I really wanted to achieve was something much larger and grander in scale.

The bridge design reminded me of several famous structures but the one that always stuck in my mind was West Vriginia's historic New River Gorge Bridge. If you compare the two projects, you will notice that the bridge is virtually the same. I only made cosmetic changes from the old set to the new, but the bridge itself is exactly the same. It's amazing how a difference in scale can impact an overall design.

To make the New River Gorge Bridge, I first took away all of the American southwest themed design elements of the original build. I literally stripped it down to just the bridge itself. Then I updated the bridge to lengthen the span (from 64 studs to 100 studs), add new bridge supports, change the color, and add grille parts to the main span to give it the look of steel. (I just wouldn't be a "Pretzel" project without 100 or so grille parts!) Next I designed the modular hillside pieces to give the new build a simple, easy design that also provides for a solid foundation and internal support. Finally I replaced the original vehicles with the new "Buckingham Palace" vehicles (inspired by the Buckingham Palace set from the Lego Architecture series) and added the four BASE jumpers to give it that final touch.

What do you think? Let me know in the comments! 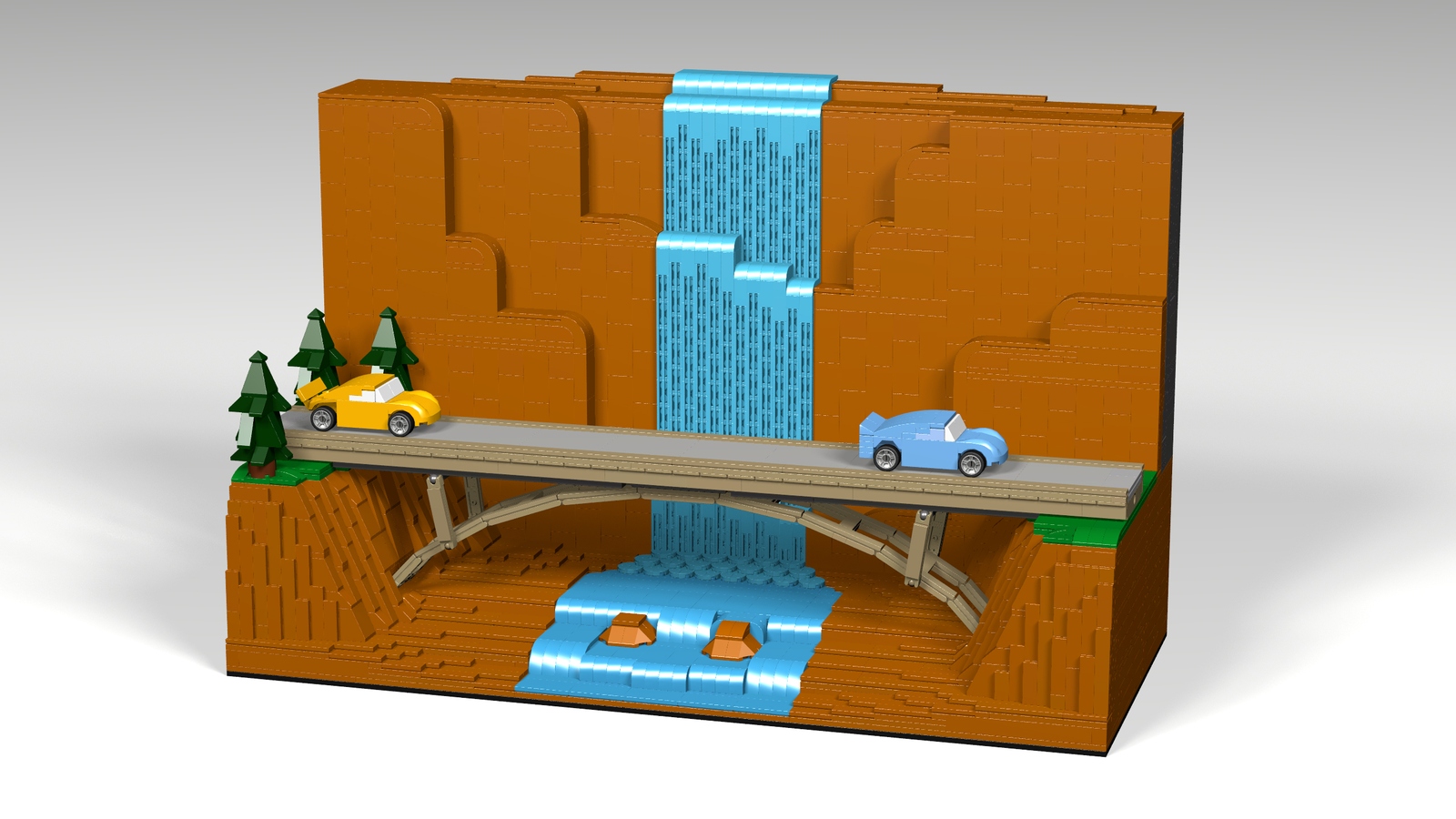 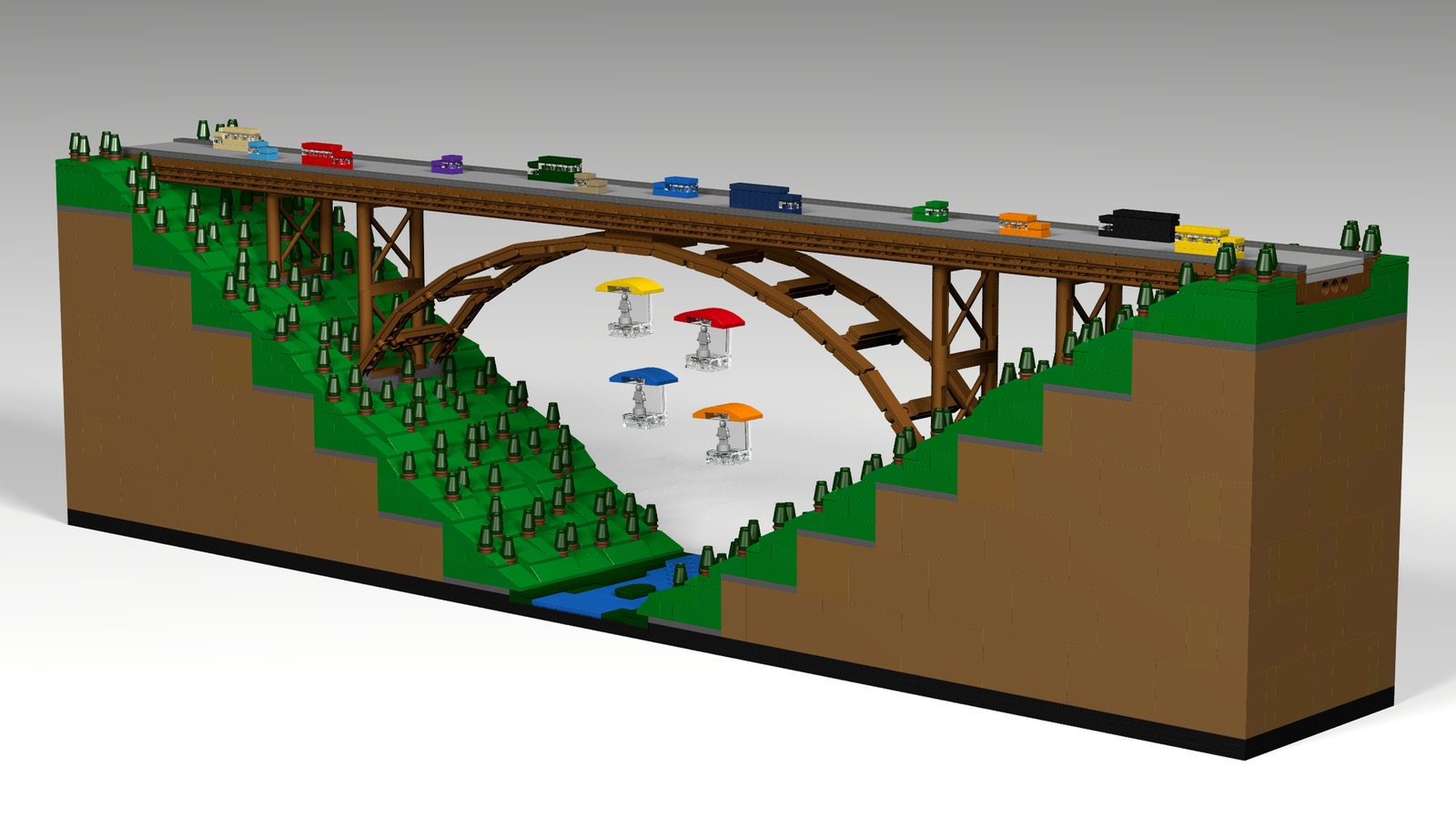