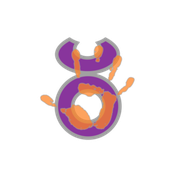 The F40 Future-Shock is based off of the original 1987 Ferrari F40 but with more of a Back To The Future look. Personnaly I've always loved the movie Back to To The Future, and especially the car its known for, the Delorean. One day after watching Back To The Future I got thinking, what if instead the delorean was a 2005 Acura NSX. That would be awesome! But then I thought, even better, what if it had the same look but it was more of a super car like the... 1987 Ferrari F40! Then I thought "Wow that'd be sick! You know what'd be cool? If I made a model of it." So then I remembered, that I had bins full of sorted, untouched lego in my closet thats been sitting there for years. At first the model looked like a black Lambourghini Adventador, so I slept on the idea and thought about it for a couple of days. But on the night of Saturday 19, 2019 I had a dream about exactly how the car would look. I worked for 3 hours straight building and rebuilding the car till I got the model you saw in the picture. As soon as I finished it the name hit me right away, the F40 Future Shock. I thought the car looked amazing so I started looking for lego car contests online to see if I could win anything from it. Thats when I found this website. I looked through the contests and could'nt find any that this car would be compatible with. Right as I was about to exit out of this website these four words caught my eye "Submit A Product Idea". I thought in my head "A chance to see my model done by proffesionals and sold in local stores. Wow!" and thats why im saying this to you right now. That would be pretty sick to see my model in stores. Even though you guys get many descriptions probably like mine, I still think my model is unique and would be bought all around the world. Mainly because alot of kids like cars, espscially sports cars. Why? Because they're cool, they're visually apealing, they're just something a lot of people would want to have but cant afford. My brother and his friends are young, everyday they bring their lego cars to school and play with them together. If you cant get a real one the next best thing to having a real one is having a model. As you can tell, this car is not a real car, thats why its unique because you could only get it in stores which would make more people want it. Also you guys would be making a bunch of money because you would be the only toy brand selling a toy car like this. (Sorry for no extra angle views on the car, the uploading wasnt working.)