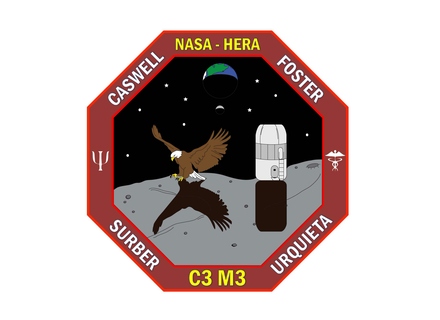 HERA (Human Exploration Research Analog) is one of several analogs used by the Human Research Program to research ways to help NASA move from Lower Earth Orbit to deep space explorations. An analog is a situation on Earth that produces physical and mental affects on the body similar to those experienced in space. From ingress to splashdown the HERA crew goes through all the motions of a real deep space mission without ever actually leaving the building.

The HERA XI crew is made up of three males and one female. Dr Urquieta is one of the crew members and will be assembling the Saturn V LEGO model designed by Valerie Roche and Patrick Hess, as well as an Orion LEGO model. This mission is honoring Apollo XI by using some of the details from the patch into the HERA XI patch, also the assembly of the Saturn V rocket will serve as a tribute to Apollo XI.

The crew will test hardware prototypes to get “the bugs worked out” before they are used in off-Earth missions. They will conduct experiments involving plants, brine shrimp, and creating a piece of equipment with a 3D printer. After their visit to the asteroid, the crew will simulate the processing of soil and rocks they collected virtually. Researchers outside of the spacecraft will collect data regarding team dynamics, conflict resolution, and the effects of extended isolation and confinement.

We are proud to announce this news:

This Lego Ideas project and also a new collaborative Project: NASA SLS Orion Program: https://ideas.lego.com/projects/141291 , on line at Lego Ideas in about 20 June will be built in real Lego bricks by Dr. Emmanuel Urquieta, during an official mission for NASA: HERA CRM3 mission XI  https://www.nasa.gov/hrp/research/analogs/hera , at the Johnson Space Center, Houston Texas. 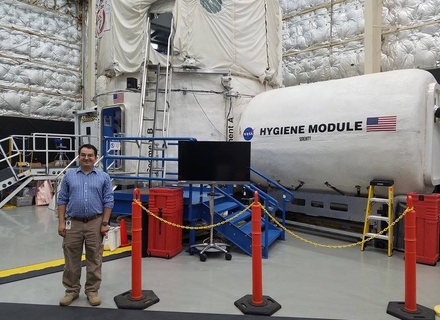 You can read this ebook with this link: http://whatsuptoday.free.fr/Saturn-V_Mobile_launcher/eBooklet/English/Saturn-V_Mobile_Launcher.html
It's about the Saturn V rocket, its mobile launcher, the crawler and Apollo missions.