The Chronicles of Narnia: The Lion, The Witch and The Wardrobe 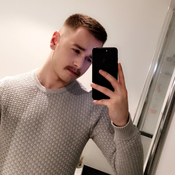 The Chronicles of Narnia: The Lion, The Witch and The Wardrobe.

The Chronicles of Narnia: The Lion, The Witch and The Wardrobe is a Disney movie based of the original fantasy novels by C.S. Lewis. Released in 2005, following the travels of the Pevensie children (Peter, Susan, Edmund and Lucy) who stumble across the land of Narnia that's inside the Wardrobe.

The whole set is made up of 919 LEGO pieces, one Wardrobe, one central "Lampost" scene, and three vignettes portraying three iconic scenes from the 2005 Disney movie The Chronicles of Narnia: The Lion, The Witch and The Wardrobe.

Each section of the build has a connection point, and can be changed and swapped out from the main section, attached directly onto the wardrobe, or displayed independently. I wanted to include this as a feature so children could make the microfigures follow their own journey while playing. I have shown in the pictures how this is achieved, and how they can be moved around the central "The Lampost" scene.

The set includes 21 Microscale Figures to help recreate each scene from the movie. Each of which will be printed to portray the characters likeness.

Breakdown of the set:

I've tried my best to recreate the iconic Wardrobe that leads the Pevensie's into the land of Narnia. It was also the first section of the set I started designing, making sure I captured the likeness as well as I could, and with the help of printed pieces (or stickers) they will add some extra detail of the carved wooden wardrobe that I couldn't achieve with bricks.

This scene was important to me to get right, with the well known Lampost where Lucy meets Mr Tumnus as she explores Narnia for the first time, I wanted to make it a centrepiece of the set. Also including four connection points for the three smaller scenes and the wardobe to be attached to.

The first of the three vignettes is of the very cold White Witch's castle. I tried to capture the likeness with the help of unicorn horn pieces to represent the ice the castle is created out of in the movie. With the White Witch included, I have also added four extra microfigures to portray the creatures of Narnia that had fallen into the her capture and been turned into stone.

The second vignette is another memorable scene from the movie, when Aslan comes back to life after facing the demise of the Witch, and breaking the stone table in half in the process. With two microfigures of Susan and Lucy and a brick built Aslan, you can recreate this scene yourself and prepare to face against the Witch again.

The final vignette depicts the battle at the end of the movie, where the Pevensie's with the help of Aslan, defeat the White Witch once and for all and restore Narnia to its former glory after being trapped in a cold winter for 100 years. With five brick built tents, a rocky mountainside and 12 extra microfigures, I think I've captured this well in the scale I chose to build this set in.

I've been collecting LEGO since the IDEAS set 21304 Doctor Who was released, and have accumulated a collection spanning multiple themes since. I found building LEGO sets incredibly helpful to keep my mind off my anxiety and de-stress, so it's been a great hobby to get into.

I've been a huge fan of the books by C.S. Lewis ever since I was able to read for myself, going to the local library after school and immersing myself into the world he had created for children over countless generations. I was excited when the Disney movie was announced and begged my parents to take me to the cinema as soon as it was released. So it was an obvious choice to me to create a set based on this movie in particular.

I hope you all like the set I've designed, and would love if you supported it. I am always looking for ways I can improve each section, so will be tweaking a few little things that I think will help make the set the best it can be, listening to any comments left by users. Also, if you would like updates on the progress of the set, follow @LegoNarnia or @HalfPintOfInnes on Twitter.