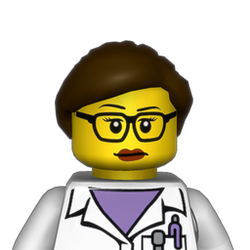 I propose again my project, originally a variant of another project of mine, but I want to give him the chance to become a LEGO Ideas. The theme of the project is a famous board game, Battleship, and the theme are our loved pirates. Below laid the rules of the game, see you at the next update.

The game rules are famous but propose again.

- The players place their ships above the horizontal grid of the board.
- You decide the starting player.
- The player appoint a coordinated and the opponent tells you if the shot was on target, or vacuum.
- If the shot goes vacuum is indicated on the vertical grid of the attacking player, with a white marker at the appointed co-ordinated, and passes the turn.
- If the shot was on target, it is marked with a red marker on the vertical plank, and the attacking player has the right to another shot.
-The Defending player marks where his ship was hit with the special tokens flames.
- The winner is the player who sinks the entire enemy fleet.

I hope you enjoy this project