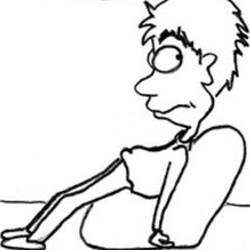 The Lego Handheld Arcade:  Bring action games to life with this rebuildable Handheld Games system.  This idea starts out as a dual paddle handheld game platform that can have countless different games built upon it.  Some of the first games already developed are Skee Ball, Space Pinball, Baseball, Targets/Archery, and Soccer/Football.  The best part of the idea is that anyone can create new games for it with their Legos at home.

Notes about the portrayed Design: I found that some pieces were currently not available in the colors needed to finish this project, so I made some substitutions.  I show the set built out of two different color schemes.  In the colorful scheme, the macaroni curve bricks at the end would ideally be medium blue like the rest of the walls. I elected to not tile the entire playing field because it made switching from one game to the next a lot more difficult.  I feel the open stud playing field makes this so much more customizable, and also makes it feel a whole lot more "Lego".

About the Designer: I started this project out merely wanting to make my own mini handheld pinball machine.  As I got going, I realized it would be fun to swap out the elements and make multiple games for it.