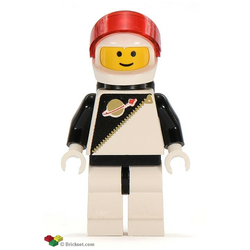 By Gvince21
19 comments
After a first version released last year (Satellite antenna v1.0) here is the new version of my Satellite Antenna project. The main change is the form of the reflector with less visible pins. The outside of the pedestal is unchanged.This new version is the result of comments done on the first version.

The antenna is still moving in any positions, two dedicated cranks are available:

Antenna is stable in any position (with only a 16x16 baseplate).
A door permits to enter inside the pedestal. Inside the riser, some details are supposed to represent the antenna drive cabinet, servo control unit, motor drive units and air conditioning.
Used scale is more or less closed to the reality. One minifigure is included (maintenance man or woman).
About the model:
Thanks for your support!
Thank you very much for visiting this project and for your vote.
Don't hesite to share the idea in Facebook and Twitter with your friends and invite them to vote (I'm suffering from a lack of visibility).