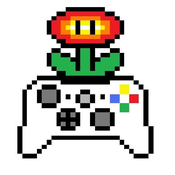 I have for you the speed lab from CW The Flash! It includes the part of the track, 2 desks, 4 computers, 6 minifigures, and the logs that kid flash [Wally West] used, to learn how to phase.

F.Y.I. I used 687 bricks including the figures.

The speed lab was introduced in season 3 after Barry created Flashpoint and changed the timeline. It is used to train speedsters and help them get faster.

H.R.: The newest version of Harrison Wells from earth 19, he is not  nearly as smart as the others but a irreplaceable character for the team.

Kid Flash: Wally West the son of Joe west and sister of Iris West. [He is also a speedster]

Joe West: Cop for the CCPD, also Father to Wally and Iris West and adopted father to Barry Allen, a.k.a. The Flash.

Cisco Ramon: The designer of almost everything in star labs and has said he ''Makes the toys''.

The Flash: If your looking you most likely know who he is