What an exciting day

- Project supporter count passed the point (6490) where the previous project got archived last year!
- A funny coincidence that that Lego Group gave an official comment for the project also today, which was very pleasant surprise!

Just a heads up we are nearing yet another milestone, the 2/3 mark. Please also check the separate project for Jungle Explorer and minifigures.

Over half way there!

Only 16 days and over 5000 supporters! I just want say HUGE thanks to everyone who has supported so far - and keep those votes coming!

We have now almost 3400 votes which means project have already gathered over one third of the total amount needed! \o/ To celebrate this I uploaded short animation on YouTube. The famous main gate scene from the movie Jurassic Park re-created in LEGO form.

Wow, 1500+ supporters less than a week! And it is thanks to YOU, the people who love Jurassic Park and Lego as much as I do and have already supported the project.

I have heard some people saying this Idea may be needless as Lego have already announced Lego sets based JP for the next year. However let's keep in mind that those sets are most likely based to new movie "Jurassic World" and its characters and scenery. My idea is for those who want to see set and minifigures from original 1993 movie "Jurassic Park" - a classic that simply needs to be transferred to Lego form! :)

Please share a link to this project with your friends and JP / Lego related groups to make sure we reach 10,000 supporters as soon as possible. I think that is the best way to show a demand of this idea.

One more time - a big thank you to all supporters! 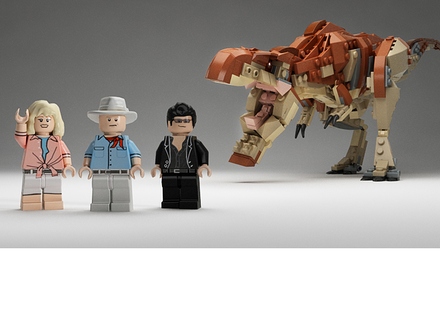 I submitted this project to Lego Ideas originally already back in August 2013. The project gathered supporters fairly quickly but unfortunately it got archived because of the licensing issues between Lego and JP franchise. However it seems Lego has got back the license for Jurassic Park and the projects are again allowed.

Now I am happy to inform that the project has now been re-submitted and can gather supporter once again. Let's see how fast we can get 10,000 supporters. Thank you all!

"Mr Hammond, I think we're back in business!" - Ellie Sattler

Please be sure to check my other projects Bricksauria Tyrannosaurus rex and Bricksauria Stegosaurus also! You can find more images in higher resolution on Flickr and videos on YouTube. 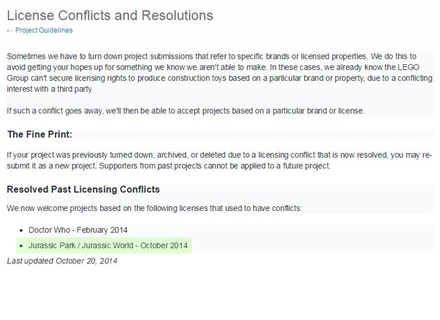