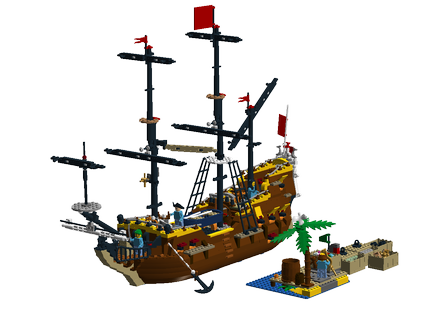 LEGO create a lot of ships with bloodthirty pirates and I like this sets very much! The seas were full of big sailing-ships in that old Age. And merchant ships were one kind of them. Ships carrying valuable fabric, spices and gold nuggets in their bulky hulls. Courageous crew crossed the ocean and trade with the most interesting commodities from newly discovered continents. That is what I would like to bring back to you.

Play - Basic design of the ship was formed from Germany model Flaute Derfflinger (16th century). And I reformed It into simply playable set with cool functional details. Ship has spacious decks and accessible cabins. There are a lot of canons because keep an eye on the ship is task for every captain and hunting pirates are always nearby.

Trade - The Idea is wake up children's interest by trading, counting and thinking about weight of freight. Ship-hull can be filled up with five of big chests and your mission will be split up different weight of this chests evenly. Set will include functional weighing-machine and book of correct variants for freight. But fantasy could not be stopped by any book and everyone can find uncountably combinations by filling the chests from his own brick collection. 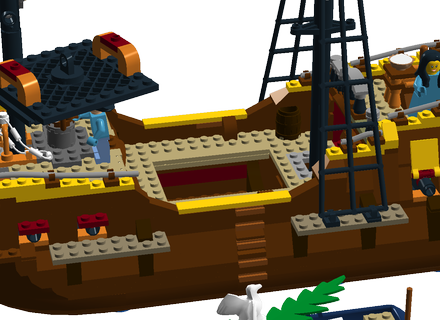 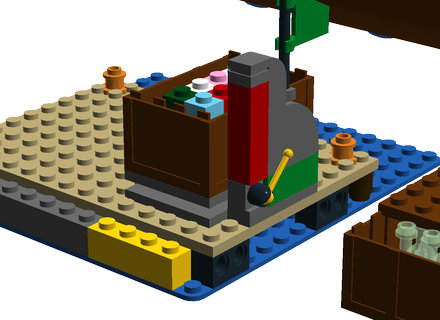 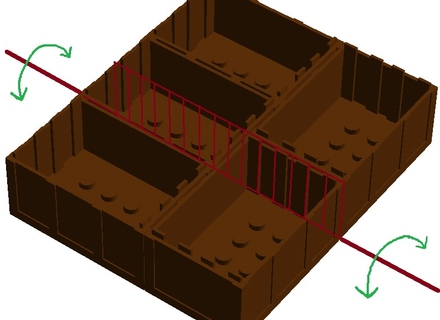 Balancing mechanism - finding the center of gravity: Each set of five boxes with different weight has 120 combinations of placing but only a few of them ensure the right balance in the ship's hull. The ship should not be too tilt to starboard or larboard! With a help of a simple equation you can find out the correct weight for of each box. 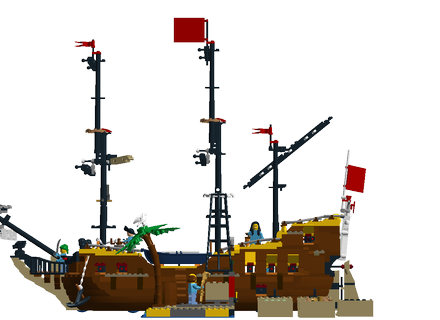 The model include over 1350 bricks

Unfortunately the model is without sails, rigging or rope-ladders now.
Seven minifigures are there, one shark and one seagull.
Seven chests 6x4
Functional weighing-machine
I am ready to bring you a lot of details in upcoming updates. Because this text is sooooo long now! :-)