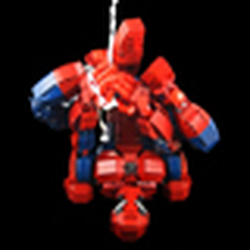 First off,Thank You to the 1,000 of you to support my Spider-Man Project on Cuusoo!
Spider-Man Classic Costume
As promised here is here is Spider-Man's black costume!

My very first comic book was Todd McFarlane's
Spider-Man#13
which was a Black Costume Variant to the Iconic Spider-Man #1. This comic was the trip down the rabbit hole into not only comic books, but art in general. It was this comic that made me pick up a pencil and start drawing. Today, I'm a making a living as a professional artist. It was the influence of Todd McFarlane (who I wrote my college entrance essay on) that I became the man I am today. I admired more than just his artistic ability but his self belief, self promotion (he sent in hundreds of submissions of his work to all the comic book companies, being rejected 100s of times before he got his shot.) and perseverance. I got a job in art in a similar matter, and it's also how I helped these projects get so much exposure. I believe in my work, and I believe in myself, and I believe that with hard work and determination you can accomplish your dreams, and Todd McFarlane is who I owe that to. He is also known for his action figures!

So Todd; I'm dedicating this project to you. Thanks for the inspiration! I will do a Spawn eventually!

As for the figure, it's the same general build as the, classic Spidey, except I made him a little bit more muscular and bulkier (he was a bit stronger in the suit) I made a few obvious changes to the chest and back in order to incorporate the large logo. Also I made some tentacles to show the inherently evil nature of the suit that eventually becomes Venom. Also, this version now has the correct amount of fingers on his hands ;)

Please support, and if you haven't checked out my other projects you can see them all here:
Other Figures

And Don't Forget to check My Flickr & Moc Pages for even more pics, creations, WIPs and lots of cool poses, not seen here!
Flickr

P.S. Stay tuned for More Avengers starting with the Hulk!

Pleased to announce That I have partnered with GlenBricker on this and all of my other projects. Glen is a Cuusoo, marketing, and social media wiz, who will help me take these projects to the next Level! Please Join me in welcoming Glen to the project! 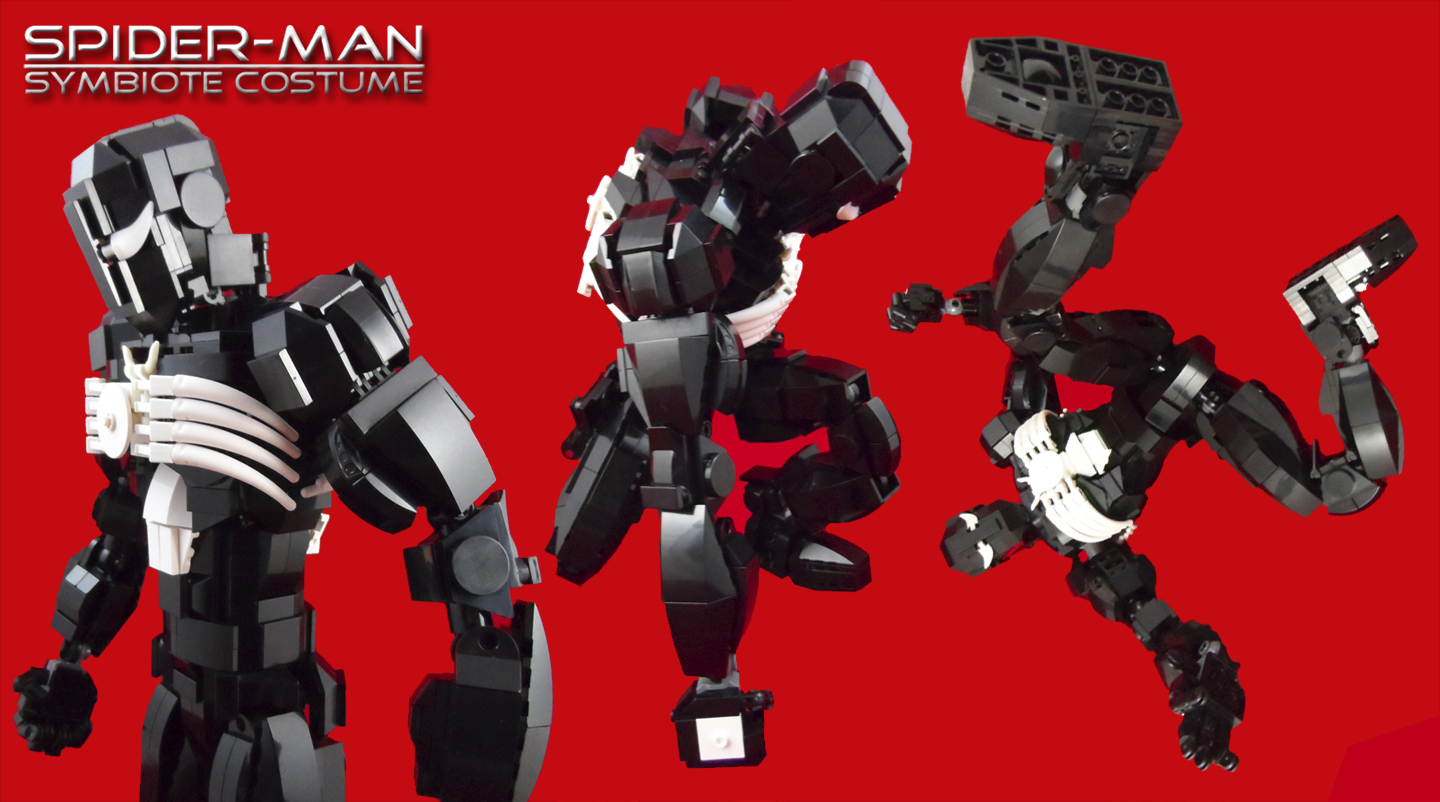 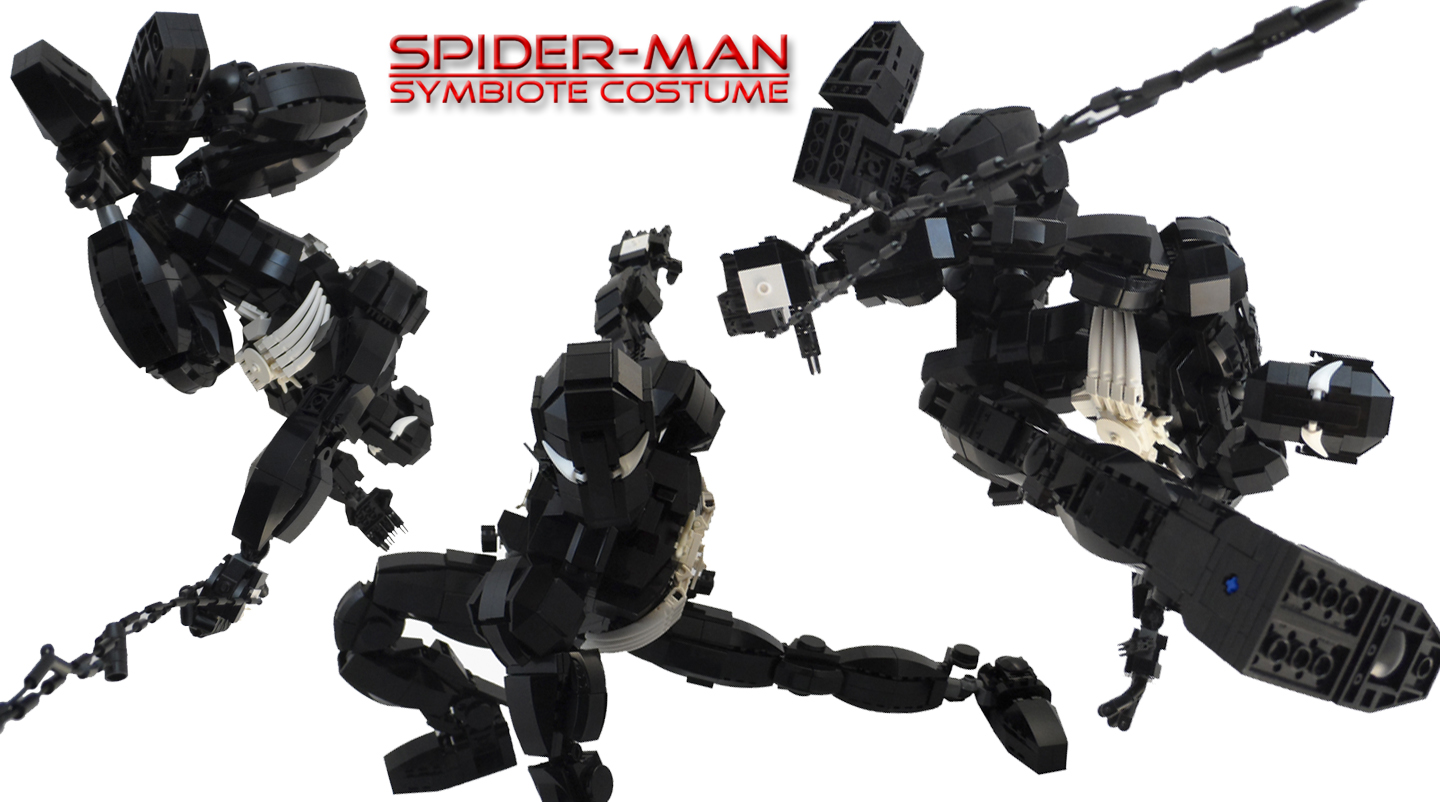 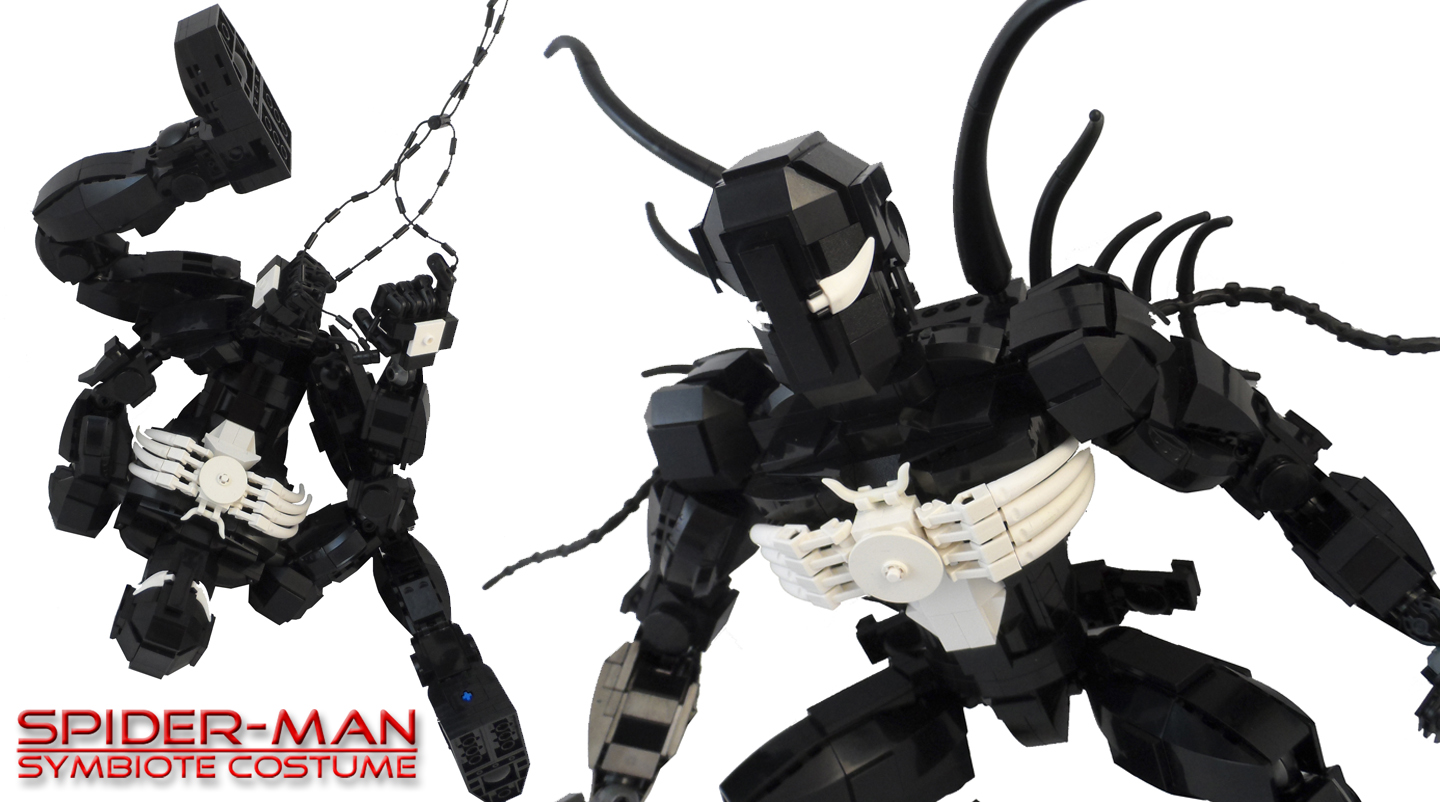