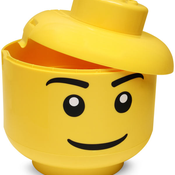 By ElHadji
3 comments
Let's face it. Even a friendly place like a LEGO city needs law enforcement. This was pointed out to me by my ten year old son as he and his friends were playing. I emptied all our households pieces on the floor and started building. And here is the result: LEGO Modular City - Police Precinct.

THE BUILD
The building stands on a 16x32 base and its foundation is 16x16 and fully integratable with current modular houses. It has three floors and a helipad on the roof (which can be removed easily if it doesn't fit in with your other city buildings).

The CCTV monitored first floor has a booking desk and a holding cell. Stairs lead up to the second floor where we find the dispatcher and a detectives desk. From here a spiral staircase leads to the third floor where LEGO City SWAT resides. Access to the helipad/roof is possible via stairs on the outside of the building. Various building techniques has been used, many of which you can find in other modular buildings. Some are unique to this one (I think...).

Pieces used includes everything from the LEGO Harry Potter owl ornament to white pieces from my 1960's LEGO bungalow (you will see the dirty pieces in the pictures). Most pieces are standard bricks. Because of lack of enough pieces when I built this, some solutions aren't optimal and there is definatly room for improvement.

PLAY TESTED
This house was built with PLAYING in mind. I built it for my son and listened to his ideas about what a police station should contain. It was also built with durability in mind and I assure you - this house can take some punishment. Focus has also been on making all areas inside accessable when you play with LEGO figures in it. After several months of "testing" I think its safe to say that this build works in all these areas.

So if you think that LEGO Modular City needs law enforcement, please support this project!

Thank you in advance! 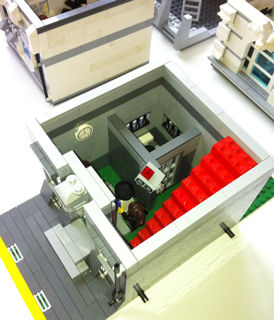 Fig 1. Bottom floor. Female officer books Disco Stu who has just been brought in by another female officer. The bright red stairs is "work in progress". 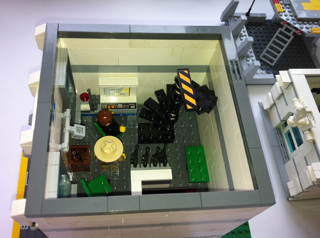 Fig 2. Second floor. Sheriff oversees the dispatcher at work. Behind the sheriff is the detectives workspace. 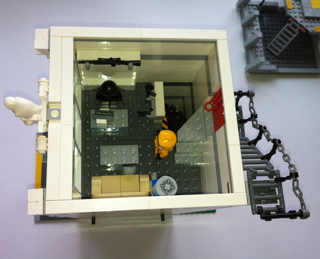 Fig 3. Top floor. Bomb squad member waits for helo to arrive. Next to the couch is a water dispenser. Notice the SWAT gun rack and a whiteboard used for briefings. M24 Sniper Rifle is a custom LEGO weapon from Brickarms.