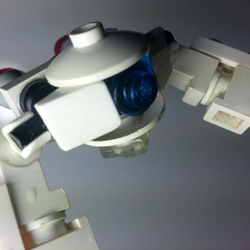 Following the world premiere of Avengers: Age of Ultron, this is the ultimate version of the epic battle between the hulk and iron man, both Bruce Banner and Tony Stark came up with a backup plan  in case of the Hulk going on a rampage, this plan is Veronica, a sub orbital station deployed when ever iron man sees it fit and in case of need veronica helps the hulk buster with new parts in combat.This set includes Iron man, the mark 44, the hulk, and Veronica.\

The hulk buster its scale to the hulk, the most accurate so far, fully articulated