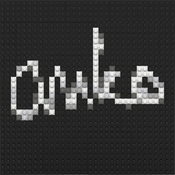 This large freight train is inspired by Bill Peets beloved classic "The Caboose who got loose". As I was finishing another project related to the book, I thought it’d also work great as a LEGO set.

With Katy Caboose, three colorful freight cars, a huge US 4-6-2 Pacific type steamer and two Minifigures (engineer and fireman - will follow as an update), it'll be tons of fun for the kids, as they reenact Katy's adventures from the book on their LEGO railroad. But it'll also be a great addition to anyone's freight yard, as it's fully compatible with other train cars. It’ll even look great as a display model.

The train was built with LEGO Digital Designer (LDD), along with a basic real-world model to check mechanics and clearance, both on the current as well as the old 12V tracks. So it should be a valid build that many people can enjoy.

Due to the fact that the rods (which will also follow as an update) would bring the steamer to a width of 8 (or more likely 9) studs anyways, I decided to build the engine at a base width of 8 studs, so they wouldn’t stick out that much. But it's still entirely in scale with the other trains - the top of the cab roof is just as high as the top of the horns on the 60052 engine.

To better match the style of the book and the look of US Trains in general, I changed the color of the Train Buffer Sealed Magnet Casing to yellow, to make the coupling stand out compared to the buffers.

It's a push-along train set, designed to be motorized with power functions (see images above - of course the older 9V and 12V motors will fit as well, as the size of the motor hasn’t changed over the years.)

Currently the piece count of the train as shown on the renders is 1499 pcs (316 unique) incl. 25 additional pieces for use with power functions but not counting the 10 tracks or any power functions pcs shown in the images, as they’d most likely not be part of the final set. The engine consists of 636 pcs, 209 of which are for the tender. Each freight car consists of 180 pcs and Katy Caboose consists of 298 pcs.

The train has 4 different stickers and 9 different prints (most of them fairly simple black lines and used on more than one piece of the set). All of them are my work, drawn to match the style of the book. I'll gladly provide the LEGO designers with the LDD file and the sticker/print suggestions, if this project should make it into the review phase.

I'll probably rebuild the frame of the engine to slightly lower the piece count, as there are few "details" there that cannot really be seen. And I still have to check if the IR Receiver will work sufficiently well inside of the cab - or I'll rather rebuild the tender as well, so it'll fit in there. This might also allow me to get rid of some flaws in the current design (like the concealed Power ON indicator of the power functions battery box). Currently the freight cars are 8 studs wide to match the engine, but I might move them back down to 6 studs, along with the tender rebuild. This would further lower the piece count and make it easier to switch the engines. And I’d like to have an alternative build ready, as I don’t know what The LEGO Groups position is on 8 studs wide trains (or train cars).

If you like this project, please support it and spread the word. Thank you!