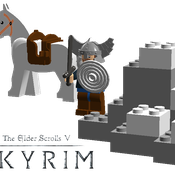 By loda
0 comments
This piece of lego is all my own idea. This first set is called, rather simply; 'The Cave.' It has a mammoth (of my design on the left of the board,) below it is a small rockpool like structure. I designed the spruce trees, placed strategically around the board. The cavemen are in the middle, situated around a tall cave, covered with snow. Nearby the cavemen stand three or four huskies (because what's a polar scene without a husky!) 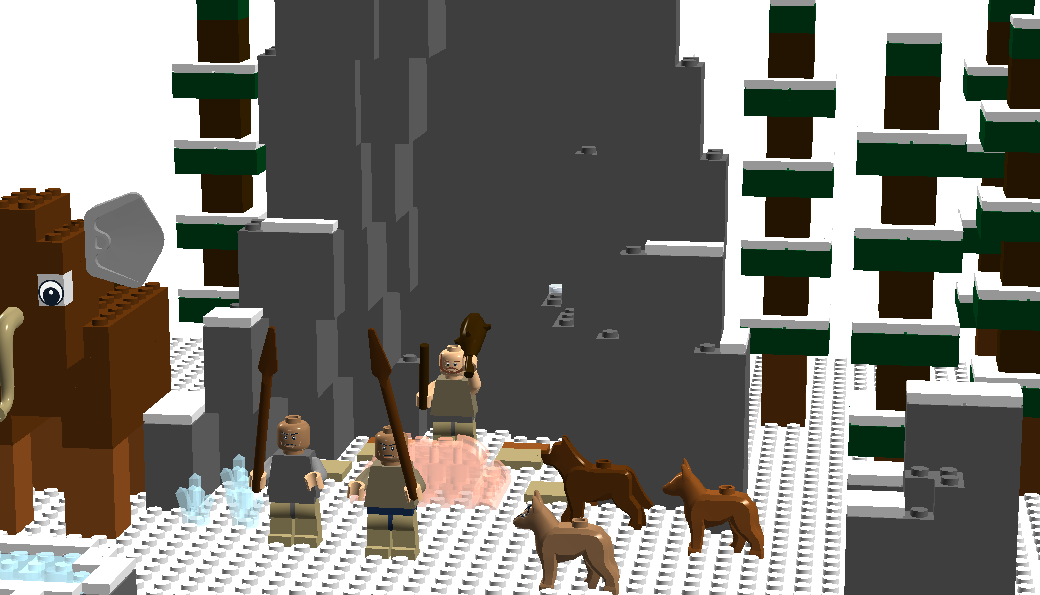 The inside of the cave in more detail. 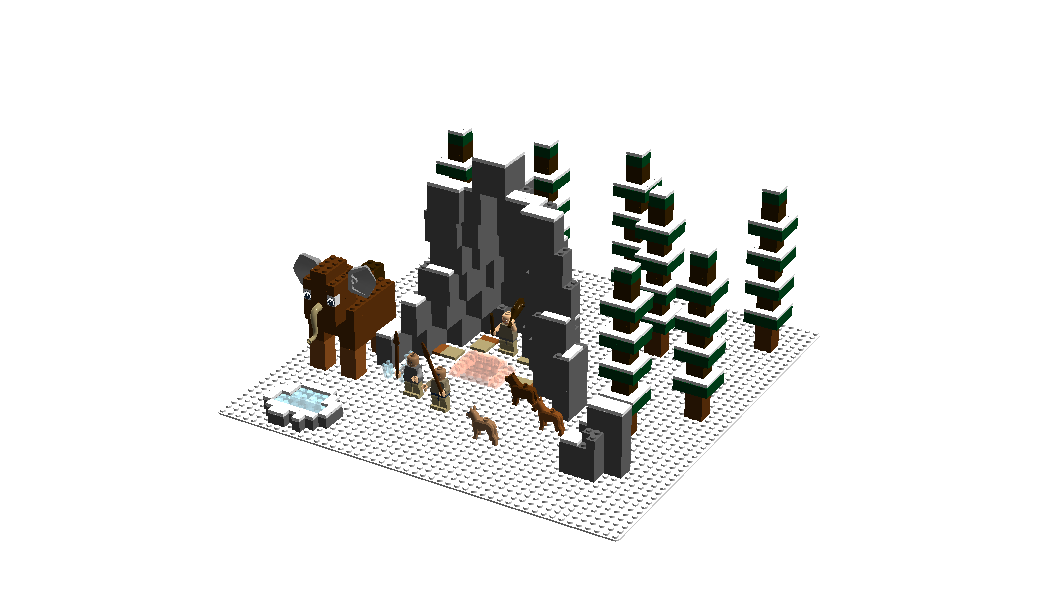 The whole of the set. 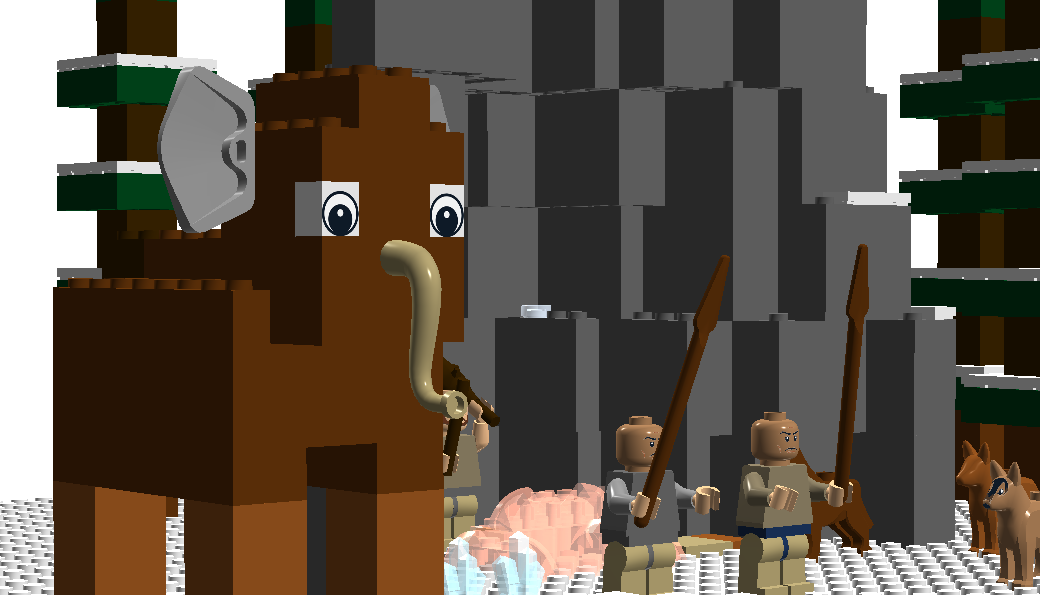 A mammoth, his pretty cool, if I do say so myself.