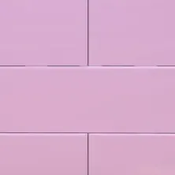 From Taylor Swift's seventh studio album, Lover, the music video of the same name features a setting known as the Lover House. The Lover House has played a pivotal role in the last few years due to the many theories it has sparked along with how it features many of Swift's prior albums. The lover house spans 9 rooms with each one representing one of her albums.
The albums present are:
Taylor Swift (debut) There are also two smaller rooms representing folklore and evermore.
The Lover music video alongside other media of the Lover House was studied carefully in order to translate the house into LEGO form in the best way possible. Most intricate details found in the Lover house can be found within the model. The model includes a light grey frame of the house which acts as a skeleton, and each room could be slid in and out to get a better and more easily accessible view of the contents within. Figures that would be included in this set would be Taylor Swift and her Lover, other figures could possibly be of them in different outfits which were featured throughout the music video.
The Lover House model would be a great display piece and a great play piece due to how scenes from the Lover music video could be recreated. Additionally, this model would make a great product due to Taylor Swift's current and increasing popularity, due to her just recently releasing her tenth studio album, Midnights. Many LEGO fans alongside Swifties would love to get a LEGO set that represents Taylor Swift along with her career.