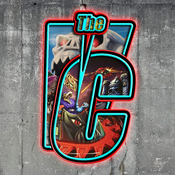 I have managed to render some better photos for the model and made some small changes, there's a bit shadow in the interior unfortunately. I saved some bricks on the construction and it's stronger now. I removed some bricks on the exterior of the house and added some new ones. In the interior of the houuse I  changed the hidden door so that it is now a fireplace and part of the chimney, and it opens upwards. I made a better looking mirror on the wall and I also removed the small table in the tower and put the vial on the table in the attic instead. On the car I made a new front with brickbuilt frontdoors and some gauges on the dashboard without using more bricks, it's also stronger now. The pictures are awailable on my facebook page.