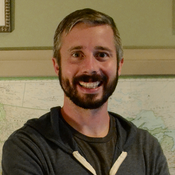 I’m constantly amazed by space and those that dedicate their lives to exploring it. LEGO originally released a small version of the ISS in 2003 as it was in 2001. But there have been many modules, structural elements, and science that’s gone into it since then.

I originally researched and designed this ISS LEGO model two months ago, but once I started assembling, I found that the real ISS benefits quite a bit from only existing in microgravity. Duh. So I’ve been tweaking the build over the past several weeks and have it in a good place. It still maintains the ability to rotate the thermal and solar panels. And you can remove the individual modules and stick them together in other configurations. This is especially fun if you want to build it and configure it in the order in which it was actually built. I put together a stop motion video here:

If you’d like to learn more about the ISS, Wikipedia is of course an excellent resource. You can also view the Google Doc I used to research and keep images for the design and build: https://docs.google.com/document/d/1gkW1Vck0phHm8OqnVfqfvNM1IWS0BbPdlEA0XzaDzMs/edit?usp=sharing

The Base Set includes:

Fun fact: November 2nd, 2017 was the 17th anniversary of the International Space Station being continually occupied.