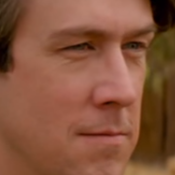 By RabbitIsWise
10 comments
For decades, scientists have attempted to unlock the mysteries behind the conditions within arguably the most violent phenomena in meteorology, the tornado.
Two means of data collection have warranted success: in-situ, by placing instruments in the path of a tornado; and doppler radar, by scanning the tornado from afar.
In 1995, Dr. Joshua Wurman lead the construction of the first truck-mounted mobile doppler radar, the doppler on wheels. By 1998, two more, each improving upon the last, had been built. DOW 3, at the time the most advanced mobile doppler platform built, was responsible for recording the highest documented tornadic wind speeds on May 3rd, 1999 in Bridge Creek, Oklahoma. With a large, x-band doppler radar, extending instrument mast, hydraulic legs for stability, and a command cab for mission control, DOW 3 was the ideal platform for taking the radar to the storm.
In 2003, after completing his first IMAX disaster documentary, filmmaker Sean Casey began the construction of the supposed "ultimate storm chasing vehicle". Christened the tornado intercept vehicle, or TIV for short, the 14,000 pound tank acted as an armored tripod for his IMAX camera. With 1/8 inch steel plating, polycarbonate windows, airbags to lower the vehicle, and a 360 degree rotating camera turret, TIV could survive tornadic winds up to 160mph and ultimately collect footage where no one had before: inside a twister.
By 2004, these two inventors had formed an alliance in the field, each aiding the other's goal. To protect the TIV from potential tornadoes too violent for an intercept, DOW 3 supplied it with by-the-minute radar measurements. In return, atop TIV was mounted an instrument mast to take in-situ measurements too low for the DOW's radar to scan. This symbiotic relationship between the two vehicles persisted for half a decade, and although the partnership between Wurman and Casey eventually outgrew the aging trucks into their upgraded successors, it wasn't before the pair collected groundbreaking data and never-before-seen footage. TIV 1 and DOW 3 are forever engrained as the original intercept duo.
This set takes a snapshot out of National Geographic's 2006 documentary Tornado Intercept, showing both of these vehicles, and the men who operated them, in their prime. Included are models of TIV 1 and DOW 3 as well as figures of Joshua Wurman and Sean Casey. DOW 3's x-band doppler radar is fully posable, and a detachable pole can be put in place to raise the vehicle's instrument mast.
Not only does this set offer extensive play-value and display-value, it also comes with that hint of education, representing one of the most prominent tornado research teams in meteorological history. This set has the potential to be the perfect Lego kit for severe weather enthusiasts both hardened and aspiring, young and old.