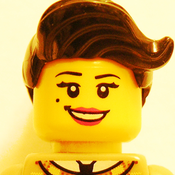 Youtube video for our Frederick "the red-eyed tree" Frog project

Here's a video that buggyirk and I did for our Frederick "the red-eyed tree" Frog project. Check it out below!

Give the video a thumbs up if you like it and subscribe to help spread the word. If you haven't done it yet, click the blue support button on this page to vote for Frederick "the red-eyed tree" Frog to be made into an official LEGO set. We need 10,000 supports by May 1st!

This is just a small update for those that are new to LEGO Ideas.

Since there is no longer a green support button, please click the big blue support button to vote for this project. It's still free and now it is even faster to support a project!

Also, LEGO Ideas used to be called LEGO Cuusoo. That is why Cuusoo is used in the main description of this project. This is the same site with the same basic idea, it just has a new name. We still need 10,000 supporters for LEGO to review it, but now once May 1st, 2015 hits, if we don't have 10,000 supporters, the project goes back to zero supporters and we have to start all over again.