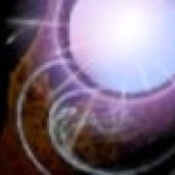 This set chronicles the adventures of the wizard Sparrowhawk, as told in the novels "A Wizard of Earthsea", "The Tombs of Atuan", and "The Farthest Shore", via a three-dimensional triptych. A triptych is a work of art consisting of three hinged panels which can be open and shut for display. Commonly, the central panel is the largest or most important.
The three panels of this triptych are:
Although triptychs are typically used for two-dimensional art pieces such as painting or photographs, I chose to adapt the format for the three-dimensional nature of a LEGO creation, because I felt the multiple panels provided an interesting and visually balanced way to tell a story within a single set. In a traditional triptych, the two smaller panels fold open to reveal the larger central panel, but in my version it is the larger central panel which swings open to reveal a hidden interior, drawing the two smaller panels into itself for support and stability.
I thought the Earthsea books would make a great LEGO set for several reasons. First, they are classic works of the fantasy genre and would feel at home amongst LEGO's existing Castle theme, not to mention other licensed fantasy themes. Like those other themes, the Earthsea books are family friendly and well suited to the LEGO brand. Additionally, I hope this set would increase popular awareness of author Ursula LeGuin, the creator of the Earthsea novels. LeGuin was the second woman ever named as a Grand Master of the Science Fiction and Fantasy Writer's Association of America, and won numerous other prestigious awards during her lifetime. I also believe she (and many of her fans) would be pleased to see her work adapted in a form that honors the ethnic diversity of the main characters, which has been lacking in almost every visual representation of her novels since "A Wizard of Earthsea" was first published in 1968.
The set contains approximately 2400 pieces (although a large number of these are very small plates and tiles used in the landscaping and mosaic work), and 8 character minifigs. There are also 2 minifig statues in the temple.