The Lord of the Rings: Minas Morgul 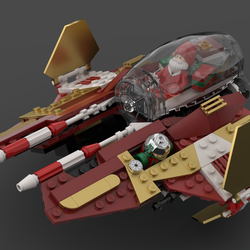 "Sauron has yet to reveal his most deadliest servant...  The one who will lead Mordor's armies in war.  The one they say no living man can kill.  The Witch King of Angmar... Minas Morgul is his lair."

Minas Morgul (The Dead City) is an evil fortress filled with orcs.  The Nine Ringwraiths waited there until the Ring was found.  It is the home of the greatest of he nine, The Witch King.  Sam, Frodo, and Gollum must sneak past the layer.  If they stumble now than Middle Earth will fall.  The set comes with 3 main parts, 3 catapults, and 2124 lego bricks.