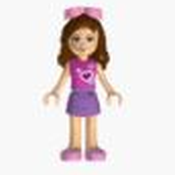 I purchased the LEGO Architecture series White House, Lincoln Memorial and U.S. Capitol Building...and wondered why there was no Washington Monument. So, that is my inspiration for creating this LEGO set.

In celebration of the re-opening of the Washington Monument, after a decade of closure and repairs, I bring you the new and improved Washington Monument, complete with security center at the base. I have modeled this kit to be consistent with the scale and style of existing LEGO Architecture kits, especially those representing various Washington D.C. architecture and monuments.

I first began this project with a more stylized approach to the obelisk's surface and used regular, white bricks for a nice, smooth surface. Later, I thought a textured approach to the exterior might give the surface a more dynamic look, which I accomplished using LEGO's "profile" bricks. So, I have included pictures of both the smooth look and the textured look.

As you can see in the attached pictures, the pyramid section at the top of the monument detaches to reveal a stairway inside the interior of the tower. And I also included a representation of the new security center located at the base of the monument.