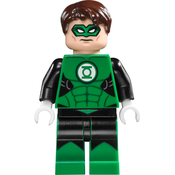 It is based on the MENSA approved party game 'Lupus in Tabula'. A more general form of that game would be the Mafia Game, because those two are similar games. I tried to put the key roles of the game 'Lupus in Tabula', such as the prophet(or the seer- name depends on which version you play), the medium, the bodyguard, retired knight(in some versions this is often replaced by a retired soldier, but the version I referenced was retired knight), two werewolves(one male and one female), the traitor, the couples(some versions they are replaced by freemasons), the chaser, and last but not least, the neutral side, the werehamster.

I tried to imitate the actual image of the cards, but thw two exceptions are: if there was something more alike-looking from an already product of lego, or the image looked inappropriate(e.g. too violent, or too creepy and so on).

If you ever once heard of this game, or ever played this game, I hope you will love this idea to be made from lego. In my opinion, this game, if you ever played it, is very fun and entertaining, therefore will catch your interests with it. If you are already a fan of this game, even better. Your favourite game is just about to come as a lego set.