Little Shack at a Cliff 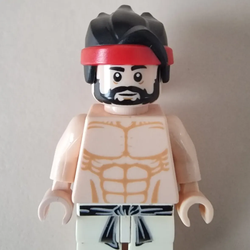 ervgot1
16
26
days left
This simple build is based on a 1994 animated movie where it featured my favorite character residing at an unknown cliff within the Thailand and Laos border.
It took me months to build this cliff as I randomly attach and detach bricks until my eyes are satisfied. As for the house, I had a hard time trying to build the old looking shack like the ones in the movie so i ended up using log bricks instead.
To complete this build, I've added a mountain rock, a man made training post and a bonfire area where fresh caught fish and steak can be grilled. At the rear, you will see a multiple purpose cave.
I hope you guys like it.
16
26
days left