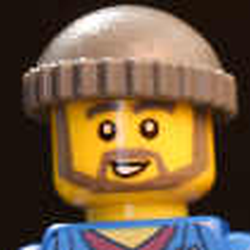 I'm a great Simpsons fan. I know all the episodes of this series.
So it's normal for me to realise a creation from this universe.

Here is The Homer, the Car Built for Homer.
Designed by Homer Simpson, this car caused the Powell motors company to go out of business.

The price of this car is $82,000 which at the time the episode aired was considered extremely expensive especially for a car meant for the average American.

I'm sure many other Simpsons fans would like have this car in their LEGO collection.