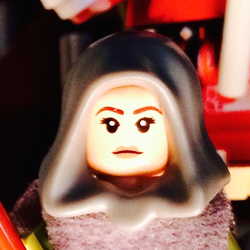 The legendary cartoonist Carl Barks wasn’t only the father of Scrooge McDuck, but a great many of famous Duckburg citizens were children of his imagination - Gladstone Gander, Gyro Gearloose and Magica De Spell just to mention a few. To many fans of Donald Duck, Barks worked anonymously as ”The Good Duck Artist”, having a special sense of humor and a characteristic artistic style which the readers immediately recognized and appreciated. Often he put funny details in the background of his stories, for example someone passing by in a fantastic one-wheeled car.

With this set I want to honor a hero of many children as well as adults around the world. With some Donald and Daisy Duck sets around, the Duckburg citizen in the one-wheeled car should be a nice complement.

And for those who have never heard of Duckburg, the wheel at the bottom of the car will serve as a pleasant massage tool.