By d-i-k
1 comment
Background idea for this set is a creation of a train bridge without leaving the ground floor building level of regular rail tracks for trains. Result is this expandable bridge build on a blue 32x32 baseplate with two LEGO tracks built directly on it. Behind the arches of the bridge are blue bricks to simulate the real bridge appearance. These blue bricks are covered inside of the bridge to hide them. Symmetrical design for bridge construction enables the usage of a reduced variaty of different bricks for this set.

It looks like that the trains are moving on the bridge "over" the river. 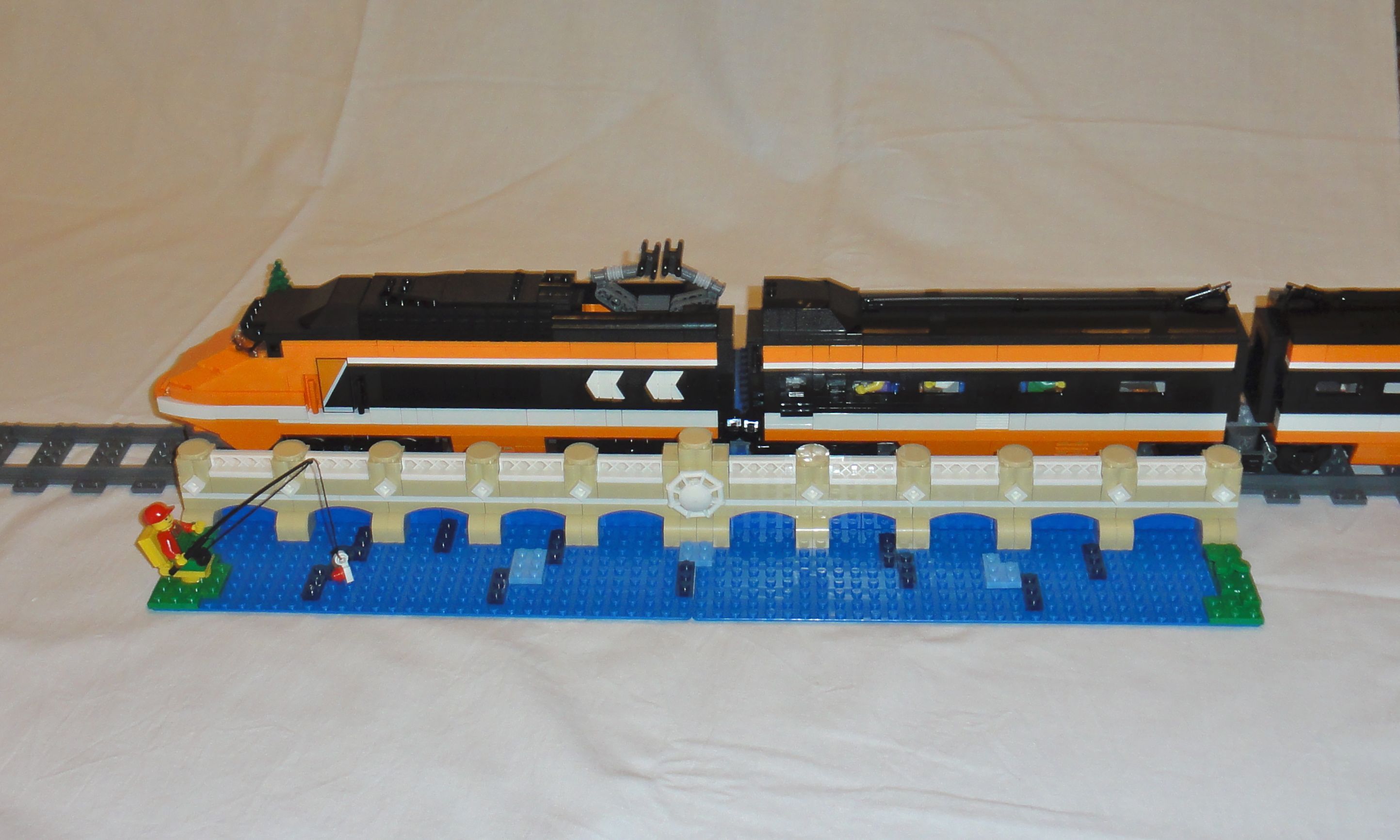 Expandable with few additional bricks for the joint in the middle of two sets. 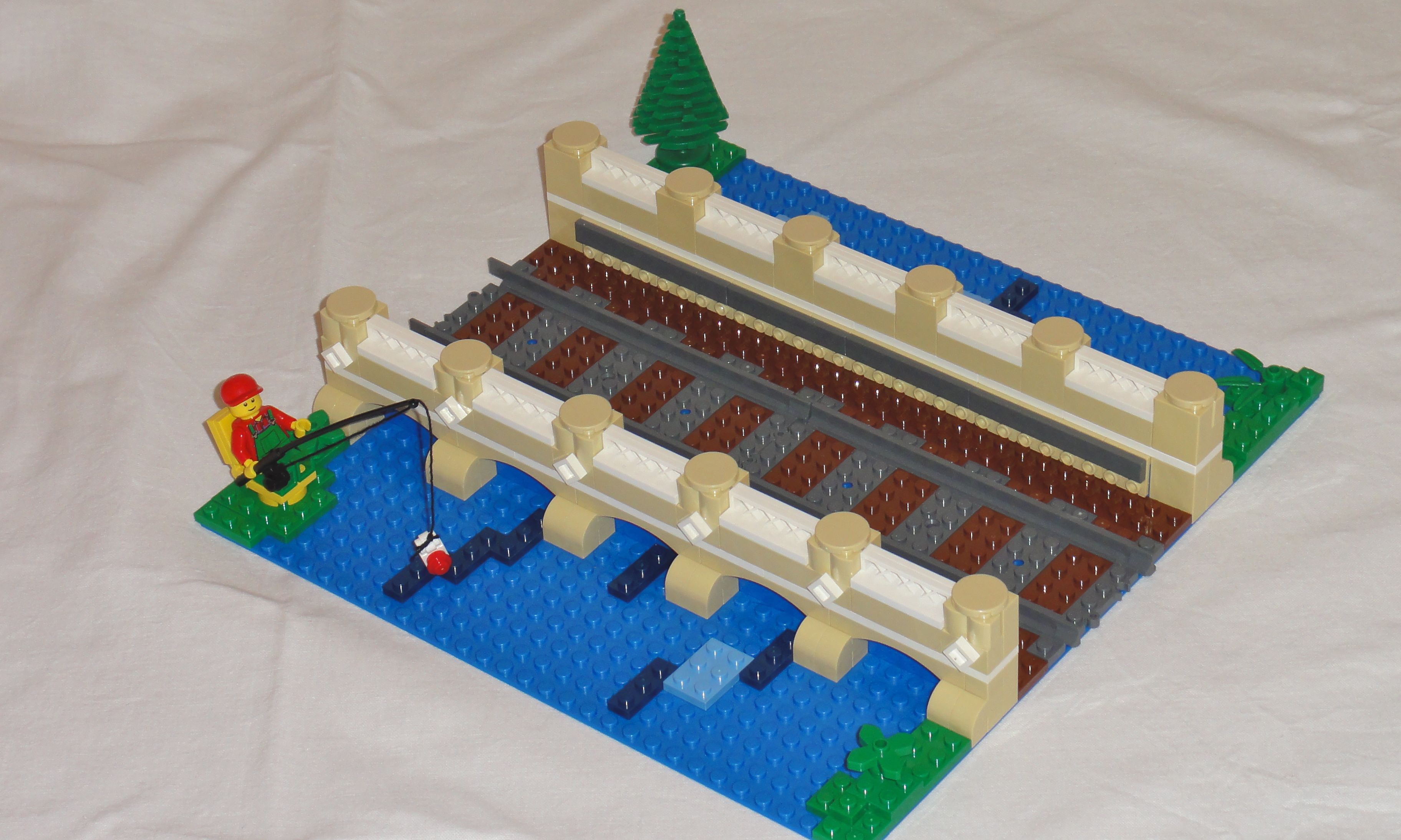