Lost items of this project.

The first time I tried to submit this project to LEGO Ideas, it was rejected, due to the fact that I built a LEGO train car that was based off of an old LEGO train set. I'll show you this later. In the meantime, here is the original description for The LEGO Express:

The Lego Company is celebrating 85 years of history; from 1932, when Ole Kirk and his employees made wooden toys by hand, to 2017, the era of innovative plastic bricks. To celebrate 85 years of Lego myself, I have built the Lego Express. That's where this project comes in.

This project took me perhaps three days to design and build. When I was finished, I was satisfied with the result. It was not only inspired by the 85th Anniversary of the Lego Company, but some Lionel Train characteristics were added in here as well. Of course, others have built better. With that said, not I shall get into the details of this set.

The Lego Express is 1542 pieces. It's the biggest Lego Ideas project that I've ever posted, leaving the old Red Comet project in the second biggest range.

There are several parts to this set: a 4-6-0 Steam Locomotive complete with a Tender, a Lego Brick Train Car, a Mail Car, a Work Caboose with a mainenance Speeder, and an old-school Lego Truck.

The Lego Brick Train Car is basically a 2x8 brick on wheels. All the bricks atop it can actually be stacked safely on one another.

The Mail Car has a lifting roof and opening doors that reveal six cases of mail. Either their from several different people, or from a really, really dedicated Lego fan!

Last but not least is the old-school Lego Truck. Nothing is stored in the back of the truck, although some of the mail containers from the mail car can be stored in there. If you look at the truck, it looks almost armored, don't you think?

Thank you for viewing my project, everyone! I hope you liked it! If you want to advise me to build so-and-so, or improve this-or-that, leave a comment please. Good evening! By cheesy. 9/21/2017

I've gotta write better descriptions, because sometimes, they are a little bit choppy.

Here is the original train car that never made the cut: 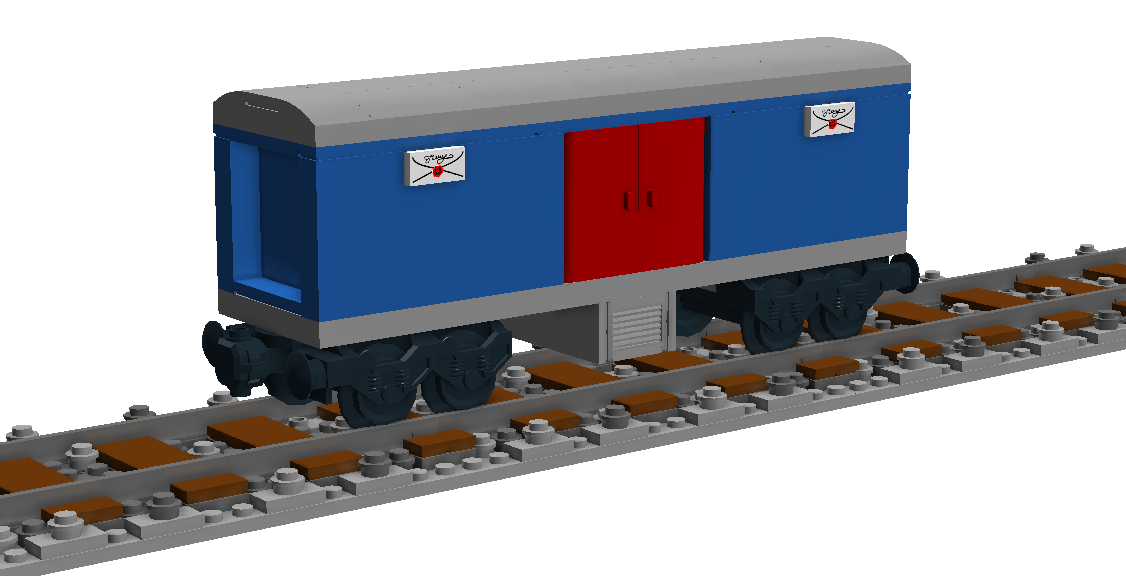 I started building this LEGO Tank Car ​on November 5th. Today, November 7th, I finished this little project. This ​LEGO Tank Car ​is 176 pieces. It is based off of the AFPX Unibody Tank Car ​that the Lionel Electric Train company is selling right now for $74.99. Let me show you a comparison between my tank car and the Lionel version: 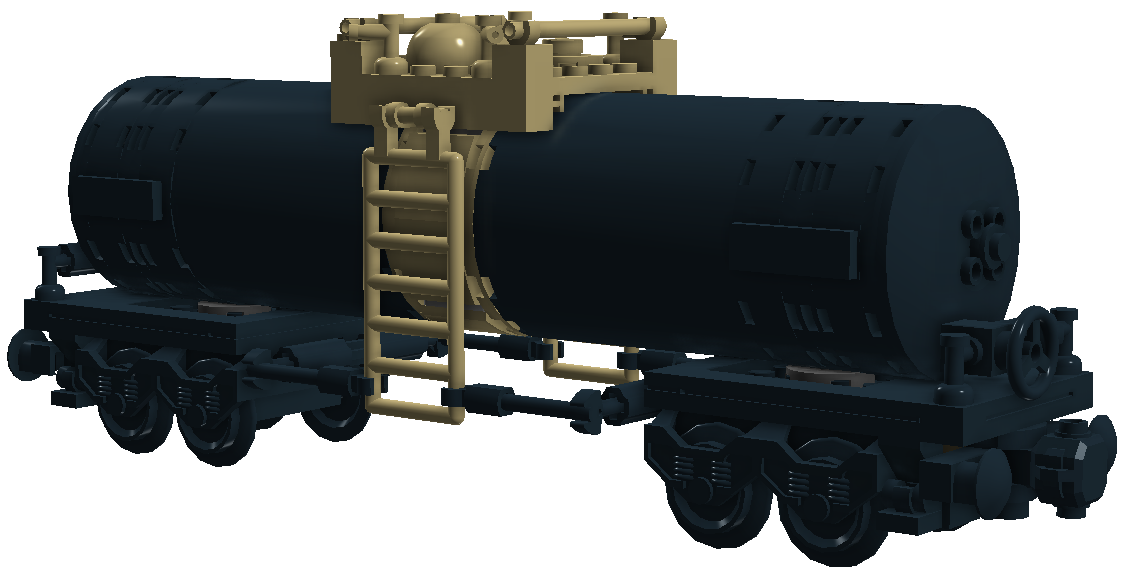 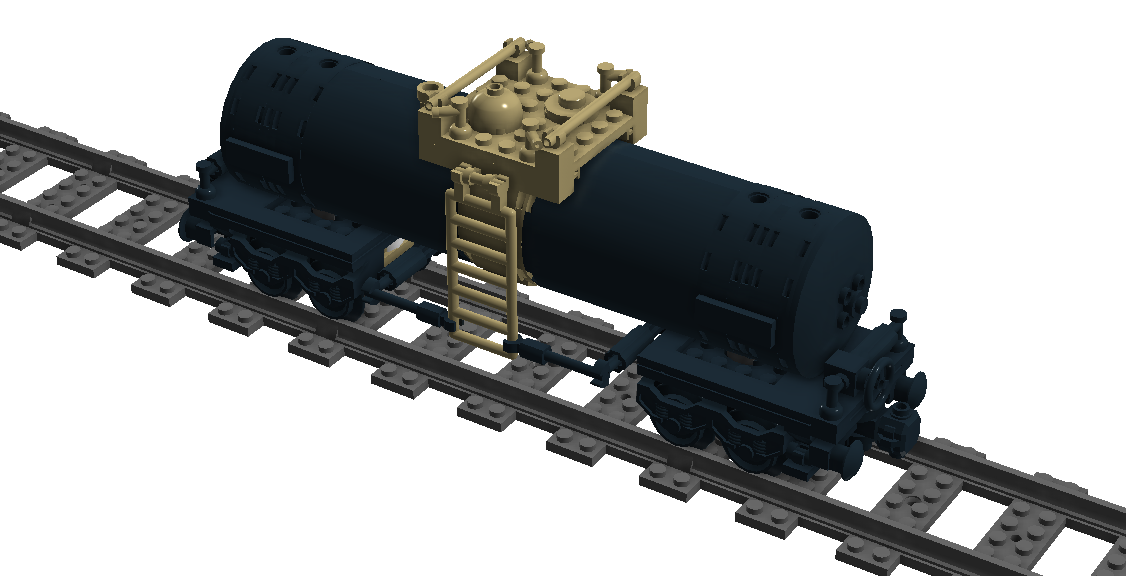 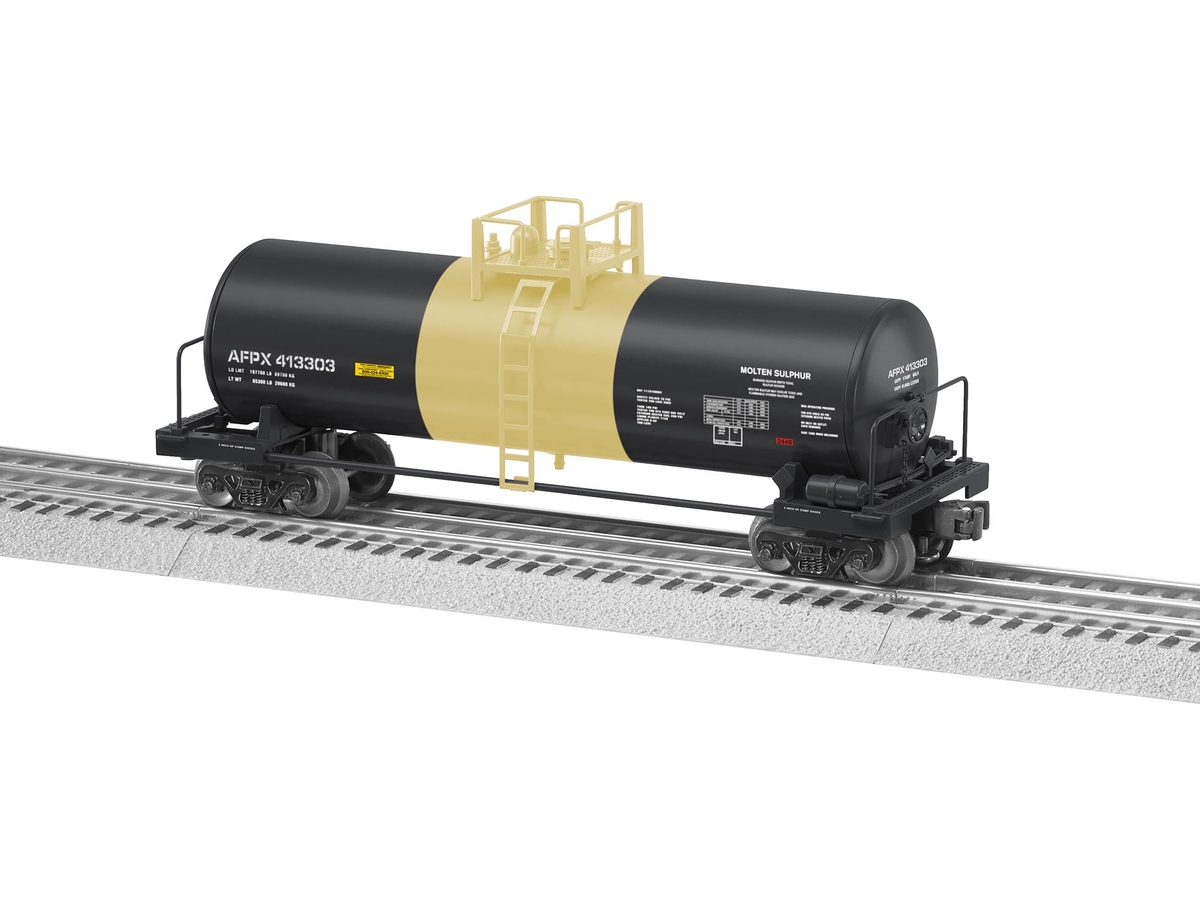