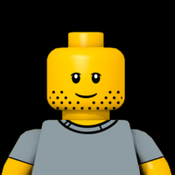 I am aware that there currently is a Ghostbusters CUUSOO project in the product stage. While the overall design of this project is very good, I feel the size of the Ghostbusters car which is a part of this set is too big. This leads to a few problems:

1) The minifigs look small compared to the car. The Ghostbuster minifigs will have to be an important part of any Ghostbuster Lego set. They should not look small next to their car.
2) The car will look out of place next to other Lego city sets. I don't want a Ghostbusters Lego set which is only meant to sit on a shelf, I want a Ghostbusters Lego set which is meant to be played with together with existing Lego city sets (and can also be displayed on a shelf).
3) A bigger model means more bricks, and more bricks means a more expensive Lego set.

To remedy these problems I have created my own Ghostbusters Lego set. If you would like a Lego city scale Ghostbusters set, please support this project. 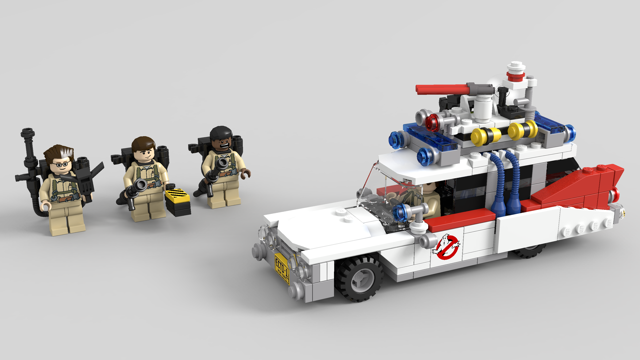 Ecto-1, the overhauled hearse Cadillac from the movie Ghostbusters. 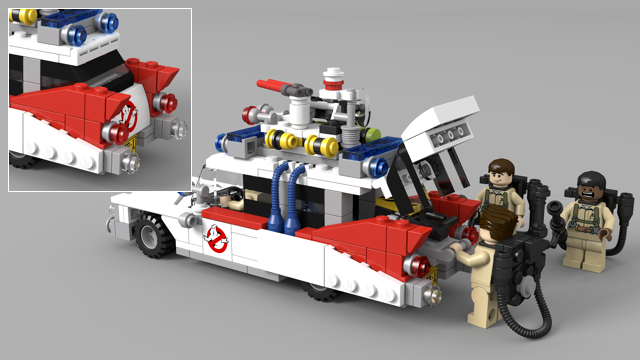 The rear door can open, and from the back of the car a stretcher holding the Ghostbusters' equipment can slide out. 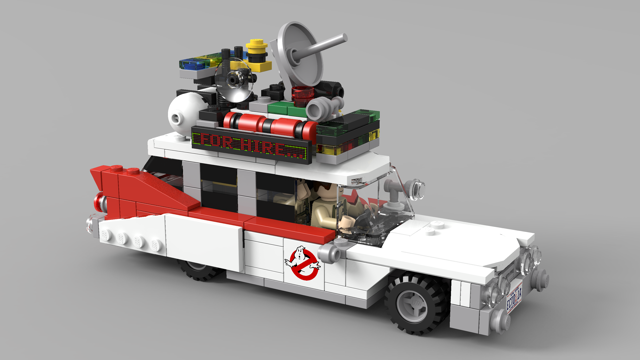 Ecto-1 can be converted into Ecto-1a from the movie Ghostbusters II by replacing the rooftop elements, changing the color of the searchlight, replacing the license plates, and replacing the rear bumper with a red horizontal plate. 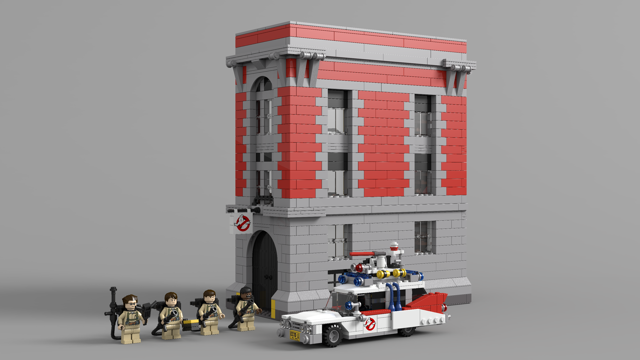