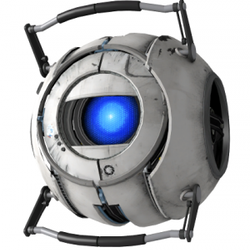 Come with me, and we'll find a world of pure imagination...

Enter Willy Wonka's chocolate factory from the beloved 1971 film! Grab a Wonka bar and search for a  coveted golden ticket! Then Wonka himself will lead you through the gates and into his factory! Sign the contract and enter Wonka's almost magical candy playground, but don't try anything you're not supposed to, or you may turn into a blueberry!

I love the original Willy Wonka and the Chocolate Factory film. With Gene Wilder's brilliant acting, impressive sets and memorable music, it has been loved by many generations, both kids and adults. I think that's why a set from this movie would be an instant hit, and would be nice to see a unique movie like this take LEGO form. Well now, let's look at the model!

The set includes an opening chocolate factory building and the front gate to the factory. Inside the building are two rooms: one is an office space and the other the candy world of pure imagination. The office includes the giant contract the factory's visitors have to sign, an inkstand with two quills (just like in the film), and a half-stool and half-desk for Wonka to sit at. The candyland has two candy mushrooms, a tea tulip, a lollipop bush, and the chocolate river.

The set has four minifigures: Willy Wonka, an Oompa Loompa, Charlie Bucket and Violet Beauregarde. Included in the set is a large buleberry build which Violet can be attached to. Accessories include: Wonka's cane, a Wonka chocolate bar, a golden ticket, and an Everlasting Gobstopper.

Thanks for viewing, and if you would like to see the Candy Man himself take on LEGO form, please take the ten seconds to support! Every one counts!