War for the Planet of the Apes: the Last Battle 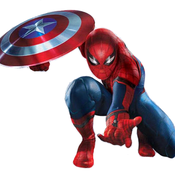 “War for the Planet of the Apes” is a really cool movie that I think should have a LEGO set for. This is the last battle scene of the movie. It has five LEGO figures that include: Ceaser, two soldiers, Donkey, The Colonel, and a monkey figure intended to be Cornelius. This kit features a turret on the wall, a section of the wall, the Colonel’s room, which a back room can open to be revealed, and the log structure that Ceaser was strapped to through the night. The accessories include: Ceaser’s shotgun, the Colonel’s handgun, two lamps, a knife, an apple, donkey’s machete and Grenade, a pot, and the Soldier’s crossbow and rifle. The turret on the wall includes a spring shot missile. The Colonel’s room has a map on the table. I think this would be really cool as LEGO kit, so please support it.