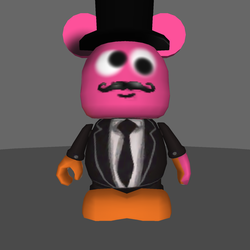 Pohatkshi is the fearless and very vicious king of the Rakshi and is waiting for Teridax to give him order and hopes that his orders are to defeat the Toa and destroy thier Kanohi Masks and take over the Matoran Universe. Just like the Toa Ultra Mata and Manglenuva, Pohatkshi is based on Bionicle generation 1. Pohatkshi was thrown into The Pit for nearly splitting Trem Krom Peninsula in two and for nearly destroying Metru Nui.