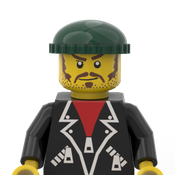 We made it to the next milestone, 1000 votes!!! I couldn't have done it without you and I'm so blown away and grateful that you have all been on this journey with me.

Thank you all so much!!!
You all came together, voted, shared Palm Hill Skate Park, interviewed me, and fed me with great feedback and inspiration.. And created a great flow for this milestone to happen, just like the elements of a good skate park.

When all the elements of a good skate park come together, they align to form what is known as Flow. Like a race car driver picks their chosen line on a track to get the most out of their car, a skater picks the elements on which they will skate  to create their own line. A good skate park designer takes this into consideration when planning so that skaters can get the most out of the park as well their own skill sets, while at the same time developing new skills.

This is important for so many reasons, though I perceive the main one being the consistent use of active spaces.

As skating isn't restricted to just skate parks, there need to be elements that can be considered as a real world obstacle. A stair set for example, adds an element that can be found in lots of skateable environments, so becomes a necessary addition to many skate parks.

Gaining the right momentum to launch over a stair set, is also an important element to utilise. So the addition of ramps or quarter pipes to roll or drop in on, can assist in gaining quick momentum to achieve the desired trick.

So let’s keep this momentum together; keep sharing Palm Hill Skate Park and let’s launch at the new milestone of 5000 votes!!

Hope you enjoy this new update and below you will find the link to my Rebrickable page for you free milestone download, 3-in-1 flow plaza, below! ...and cheers for hanging out for this update, my back has been pretty shot since the end of last week so im just getting to this now!

This hundred person update is dedicated to the unsung hero’s.. The one’s who have never or who can’t touch a board but rock up to skate parks, day after day, week after week just to support their kids, partners or friends. You guys are amazing.

These humans do it not for themselves but for the love they see in the eyes of the people they go there for. They bring snacks, water, music, a first aid kit, an extra hoodie, lend their car to carry a portable rail or funbox, pick up friends, drop off friends, and do it all over again because they see something glowing and burning in the blood, sweat and tears that skaters bring to their craft.

This is for you.

Thank you for being there as we pummelled our knees, shoulders and hips. Thank you for helping us stay hydrated and sustained. Thank you for supporting your kids in doing what they love. Thank you for all the petrol money you would have spent getting us all to every skate spot you could. Thank you for holding the camera when a crew member didn’t show. Thank you for letting your car battery die while shining your head lights on that skate spot that we weren’t ready to leave just because the sun went down. Thanks for waiting patiently while we tried to pull off that one last trick or hill bomb for the thousandth time.

And thank you for caring because we care.

So, for these unsung heroes to hang out, I’ve made this nifty undercover seating space with a water fountain. *cough*wouldbeskateableifnooneissittingthere*cough*
Grab it from:

Incredible crew!! We made it past the 400 vote mark on Palm Hill Skate Park! Thanks a ton for helping me step up! And speaking of steps…

Stair sets are a skate park staple and for good reason.
As skaters left the flatland and bowl n’ ramp skate parks of the 70s, street skating became a furious landscape to harness and adapt to. Everything that once was opened up like a flood gate.. Concrete waves and fun transport, became consistent adaptation and development.

In 1978, Alan Gelfand created a skate trick coined after his own nickname, ‘Ollie’. Gelfand had achieved this pivotal new move in bowls and pools, but it was Rodney Mullen who brought it into the scope of the flatland. This paved the way for so many skate tricks, that to start naming them here would become its own post..

The Ollie brought the previously unattainable, within reach. Skaters could now defy physics and launch themselves at new obstacles with purpose, the humble set of stairs being one of those. No longer did stairs pose a threat of loss of flow or broken bones, now it was the skaters threatening to break self imposed limits.

In 2015, thirteen years after seeing it for the first time, pro skater Aaron "Jaws" Homoki, succeeds in pulling off an Ollie Melon Grab over the ‘Lyon 25’; a giant, fourteen foot nine inch, 25 step stair set in Lyon, France. This was a feat that had previously never been achieved, only attempted by the Swedish pro skater, Ali Boulala.

Any young, aspiring skater developing their skills, holds even a small stair set as an amazing accomplishment. Defying gravity, trusting your fall and developing a platform of resilience, all comes out of landing your first stair set.

Go and download your own stair set from my Rebrickable page (link below) as a thank you for helping me get further in my goal, realising Palm Hill Skate Park as a real LEGO set.

320+ Supporters in under a week!! Thanks heaps and lets keep this moving! Momentum, built in a half-pipes, led to Ariel expressionism. Vert ramps brought that expressionism to brave new heights. Sailing through the air gave more time and ability to pull off free-form movements and thus new tricks. But as they say, what goes up, must come down. No longer were you just falling from a horizontal plane, now you falling from height, vertically and at pace.

Many skaters, took this new landscape straight out of the empty swimming pools of the 60s, to the skate parks of the 70s, to the home made ramps of the 80s. The progression of upgrades to the boards themselves, made each transition easier and more adaptable.

These days, skate parks internationally house many ramps with and without a vertical section, though the Vert ramps bring a challenge that has the ability to push skaters to new limits.

I hope you enjoy these new free instructions of a Vert Ramp with an overpass, a challenge in most skaters books. You can pick them up by following the link below to my Rebrickable page!

Dudes and Dudettes.. You did it again!! We just reached 200+ votes in four days!! You keep going like this and you'll have a brick built skate park in your hands in no time!

Speaking of skate parks, these are really just an evolution of skater spots. Before them, it was just steep roads and flat land concreted scapes.

The skater revolution started booming in whole new spaces once they realised that these boards they rode on were capable of a lot more...

I remember when I was really young and would periodically head into the city of Melbourne. On the comer of Swanston Street and Londsdale Street was Melbournes hallowed "Sailyards". This predominantly flatland space was a home, a Mecca for skaters from everywhere. I watched guys drag concrete benches to the right spots, just so they had their chance at a perfect line.

These days, the land is apart of a shopping district and the Sailyards, is no more.

On the upside, Melbourne became home to a company that would start to shape the world of skate parks forever. The name CONVIC has become synonymous with purposeful design and community colaboration, delivering skate parks and active spaces for 20 years, from Melbourne to Shanghai to Dubai.

Chances are you've riden one and not even known it.

So in the theme of flatland, here is a double pack of thank you's! Two different flatland modules! These may seem surperfluous but without a good patch of flatland, you'll find it harder to develops your skills before hitting something more challenging... That’s incredible!! Ace work indeed and thank you so much for your support.

As a bit of an insight, I used to skate a lot. I wasn’t a skater who could pull off mad tricks (though I did like to manual as far as I could), I was more one for long roads with even longer treks.

I did head to skate parks on occasion; to roll around on different styles of terrain and get a new flow. The main thing that brought me back, time and time again, was the sheer audacity the park skaters brought to every move they made. Every trial and error, every success and failure.

They set their own goals and reached and their own bars. How they achieved those goals was pushing their own boundaries, thinking creatively and acting with a fairly keen sense of intuition and the guts to listen.

They came from every gender, every race, from rich to poor, skilled to talented. Many with a rebellious spirit forged from the need to outlet their raw creative talents.

So to those guys.. you know who you are.
And if you don’t you should.
Thanks,
This one is for those on the open roads, the many teachers, artists and philosophers I’ve met on four wheels.

Oh, by the way.. head over to my Rebrickable page,
https://rebrickable.com/mocs/MOC-49108/Benandrews/large-funbox-100-mileston...
and download this little modular beauty I just whipped up for you!
Fun Box Madness!! Would love to see your Minifigs shredding…
What else would you like to see in a skate park?