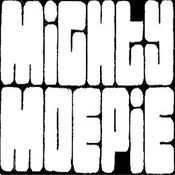 I’d like to show you my Mechanical Arcade Game made entirely out of LEGO.

This game is based on a existing vintage penny arcade game made by NSM Löwen Bingen from Germany. Back in 2016 my best friend asked me to restore her original NSM game called: Alle Neune - Bowling. I’ve had so much fun making this game working again, I’ve decided to try and make one out of LEGO.

Why did I choose LEGO to build the game?

Sinds I was 3 years old I always played with LEGO, and dreamed about building a marble run with moving technic parts and gears. In that periode I had to use real glass marbles sinds LEGO didn’t had produced the soccer- and basketballs yet. These and many other new parts gave me the opportunity to make my dream come true.

So how does it work?

Like I mentioned earlier the game is based on the Alle Neune – Bowling game and is 100% mechanical.

You get three shots to try and hit all three cone’s. After the third shot the ball stays locked until you start a new game or whenever you want to restart the game.

After spending a many hours making it work, this is the result!

There are a few things that make this game work:

The trigger is powered by two small rubber bands which are, just like all other parts, original LEGO parts used in existing sets. When a new game is started, pulling and releasing the trigger makes the ball go up the curved track.

The track is curved like a spiral. Centrifucal force and the spiral shaped track prevents the ball from losing speed and falling of the track.

When the ball has reached the highest point in the game, it bounces on three flexible rubber axle connectors (part 45590) and one rubber band until it falls in one of the three holes, making the cone flipover backwards.

After the ‘cone-flip’-mechanism the ball is forced to fall into the hole making the first flipper flip 90 degrees forwards. This create’s a flat surface making the ball go to the second flipper hole.

Why doesn’t it have the coin mechanism, like the original?

Building and adding a coin mechanism would make it a gamble game.

Without the coin mechanism it’s just a game you can play non-stop.

Last but not least: How big is this model, and why did I choose this scale?

The dimensions are (without the hings and the ‘NEW GAME’-knob):

I made the design as small as possible, so that if it will become an official LEGO set it would not be to expensive to produce and to buy.

Thank you for having a look at my design.

Hopefully you’re just as excited as me!