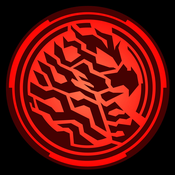 Since 2002, the Ratchet and Clank video game series has taken its players to every corner of the galaxy, allowing them to experience a vast variety of environments, characters and adventures, expanding to 15+ games, comics and even a feature length movie, the series is as popular as ever.
Just as LEGO has its own share of unique worlds, characters and stories, so does Ratchet and Clank, which makes the series more than fitting to get its own LEGO Set, and with the series' 20 year anniversary in 2022, there has been no better time for this franchise to get it's own LEGO set.
If you also want to see this concept become an official LEGO Set, please support and share the project. It needs 10,000 supporters to be considered for becoming a real set!
This model is mostly based on the 2016 game "Ratchet and Clank", a re-imagining of the original 2002 game that ties into the feature length movie that was released the same year.
A few aspects of the set keep their design from games prior.
At ~ 1200 Pieces, this set includes
Ratchet Mini-figure
Clank Micro-figure
A Class-G Star Jumper
Clank’s Backpack, Hydro-pack, Heli-pack and Thruster-pack forms
Captain Qwark Large Figure
Dr Nefarious Mini-figure
6 Regular Crates, 1 Metal, 1 Explosive,1 Ammo and 1 Nanotech Crate
4 Nanotech Orbs and 4 Combustor Capsules
15 unique accessories
A - Predator Launcher
B - Pixelator
C - Glove of Doom
D - Combustor
E - Fusion Bomb
F - Groovitron Glove
G - Sheepinator
H - Mr Zurkon
I - Proton Drum
J - Buzz Blades
K - Bouncer
L - Plasma Striker
M - Warmonger
N - Pyrocitor
O - RYNO
An over-sized Gadgetron Vendor Box
And at DerekMetaltron's suggestion, a Display Base based on the landing pad from the planet Kerwan
Features
The Ratchet Mini-figure can Pilot the Class-G Star Jumper
Clank’s alternate forms can be equipped by Ratchet
Extra accessories can be stored inside the Gadgetron Vendor Box
This concept was built within Bricklink Studio 2.2, and also rendered using the photoreal settings in the same program. Prints/Stickers were then added using GNU Image Manipulation Program.