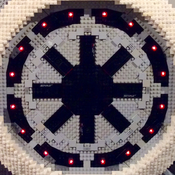 This is a model of the hangar bay of the famous Venator-Class Star Destroyer. It can be used to display your Star Wars space ship collection. The hangar bay model is modular. Modules can be connected to form a bigger hangar bay. Also, mirrors can create the illusion that there are many more modules. As a matter of fact all pictures shown on this page were taken using a single module and three mirrors. Below you can see a single Venator hangar bay module. 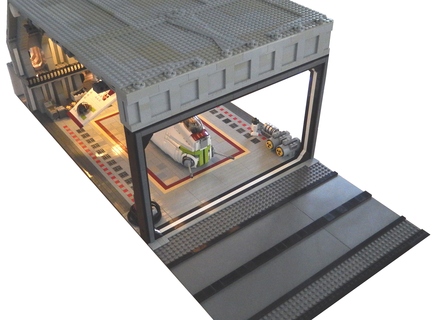 A view at the rear wall with lighting and sliding doors to the corridors. 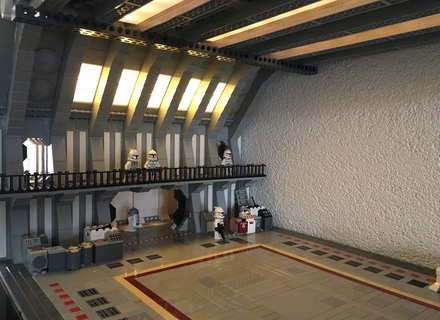 A closer look at the rear wall, showing a raised platform. 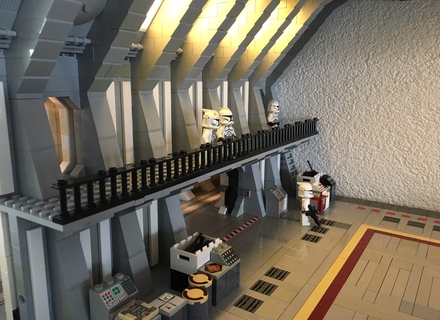 And a closer look at a part of the roof section, also with lighting. The lights have been placed behind a transparant white screen. This creates spectacular reflections on any ships inside. 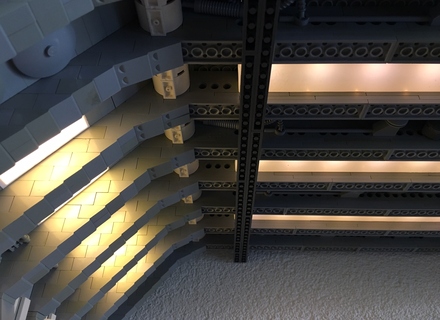 A view inside the corridor behind the hangar. 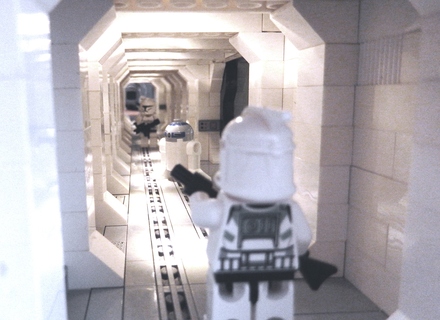 The module also includes half of the flight deck. This allows opposite positioning of the modules, creating a flight deck as shown in the picture below. Again, the photo below was taken with mirrors around a single module only. 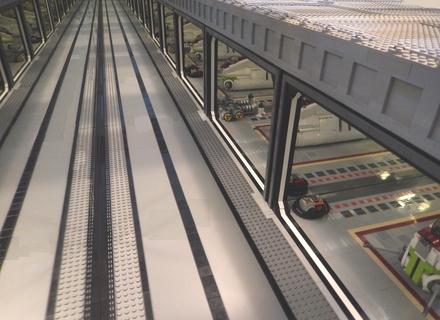 Just one more picture to show the spectacular effect of putting the module between mirrors with one of your favorite ships inside. You can create the coolest shoebox diorama ever. The Hangar appears huge with the flight deck and the opposite hangars. 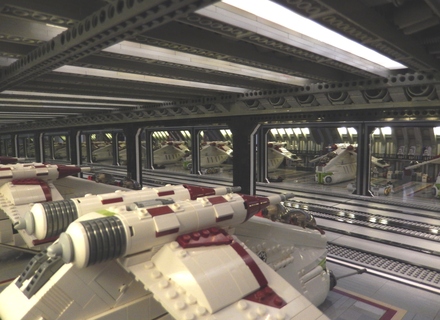 I hope you enjoy this model as much as I do.