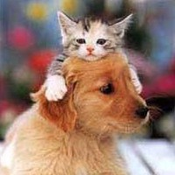 By KittyLegos11
25 comments
The Wright brothers, Wilbur and Orville were American Inventors and Pioneers of aircraft. In 1903 the Wright Brothers made the first powered and controlled flight on a plane. It was two years later they achieved the part of making a practical airplane.
If it were not for the Wright Brothers today, we would not have the technology we have now to go on the planes we have nowadays. The plane they used was not as fancy as ours.
This project was really fun to make, and I hope you enjoy seeing it too. It's very much like the plane the Wright Brothers flew before, and can even fit multiple lego mini-figures inside. It has many wires running along and a little box for the controller.
This project can easily fit in someone's hand, and kids can even pretend their lego figures are soaring in the air too! Some of the things in the back can even be moved around as the "wind" blows!!
I hope you enjoy this project and support it! I hope in the future it can be your plane too! Let us hope it reaches 10K!! :)