First of all a million thanks to all the supporters and followers out there. A few more votes and we may read Lego's comment. Special thanks to the fans of Lego Pueblo who spread the word. But now to the update featuring the "Basic Set" and building technique. 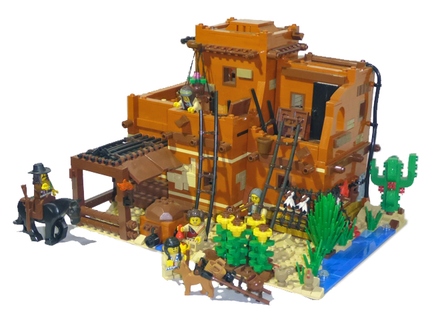 I have exchanged the dog carrying the buckets against a travois, a dog sled actually used by Pueblo people carrying stuff. The travois makes Lego Puebo historically even more realistic. Furthermore I have omitted some bricks (e.g. one sunflower less; it didn't matter) and added some other like the bush. These added bricks were necessary in order to add versatility to the set. I will need it when designing the fourth Lego Pueblo building out of the bricks of the "Basic set". 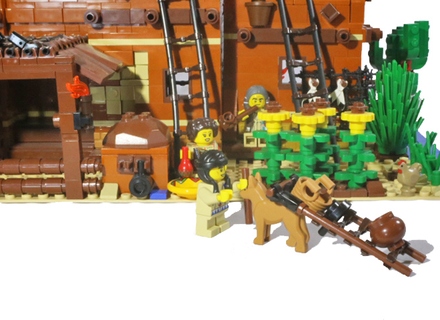 A few words to the building technique

For me important building factors are always design, stability and playability. No factor is more important than the other one, meaning design at cost of let's say stability is a no go and so on, and so on.

Design: Lego Pueblo needed to be attractive as a set: detailed inside and out. I like using SNOT, but I do not like overusing this technique. At the end its Lego we are taking about, so maybe I am a bit of a purist. The careful use of color as well as trying to be asymmetrical adds to the realistic look of this set.

Stability: I do not like mocs that fall apart by merely looking at them. Lego Pueblo is stable by all means. Even when detaching the first floors it does not lose stability.

Playability: For kids, play well means not only good access to the inside of the building, but a good story as well. The story needs to be appealing and should lead to many playing possibilities. Lego Pueblo furthermore fits well to all other past Lego western sets as well as to Lego City (a Pueblo as a world heritage site near the Lego town, for example).

Other aspects which were essential to me while building Lego Pueblo are: potential price (the lower the better and therefore I try to avoid too many bricks and license themes in general), educational (historical and cultural), fun (as simple as that) and versatility (modularity).

Stay tuned for my next update on Lego Pueblo featuring "The Bridge" and the topic of modularity. Here a few more pics. 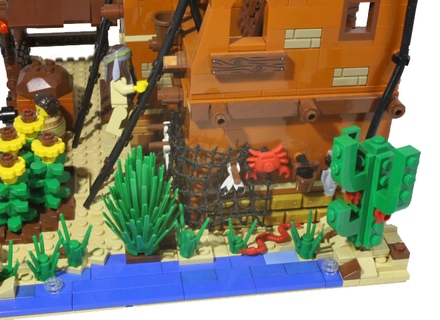 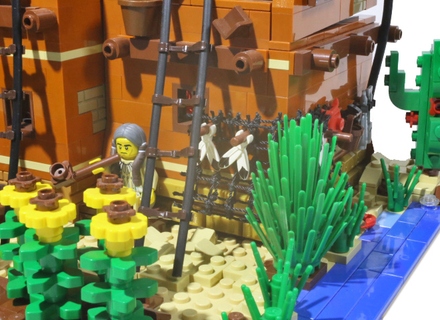 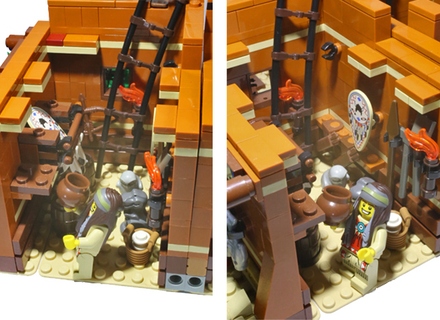 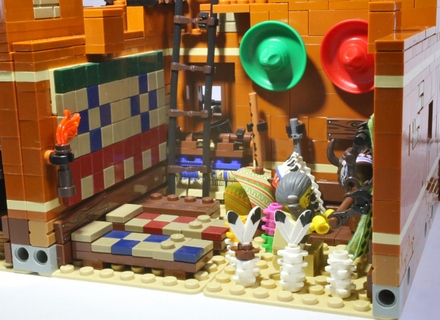 I was quite busy these days shooting and working all pics of Lego Pueblo. Now I am ready and Lego put them online. Many thanks from my side to Lego for keeping the project.

Anyhow, while shooting in the balcony I stumbled upon further ways of joining two Lego Pueblo sets. The one consisting of the basic-set and the Kiva-set became my favourite one. Now I want to share them with you. 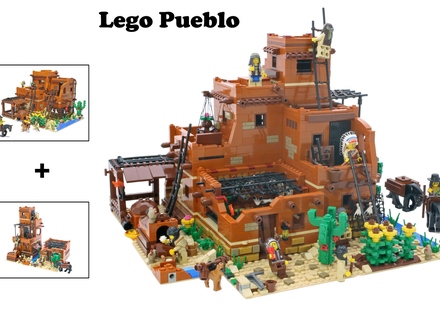 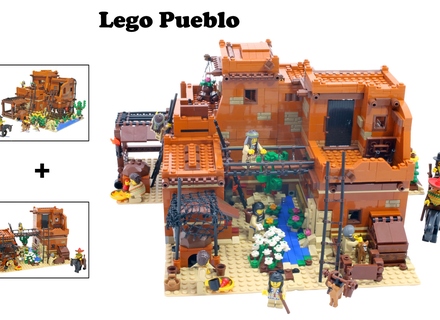 Thanks for supporting and for spreading the word. Now a bit of marketing can make the difference.

Lego Pueblo is back

I got some good news. Lego contacted me in time and we agreed that the name would change to "Lego Pueblo" and the guitar will be gone soon. I already took a new main picture and sent it to Lego. For the rest of the pics I have time till end of August to replace them.

I would like to thank you all for cheering me up, it worked. And as Metalbeard said, the moc works with or without guitar, at least I didn't miss it when looking at the new pic. I guess you will see it next week.

I have received a mail from lego asking me to remove the guitar as it is against the TOS. As far as I remember the TOS a year ago, it was possible to suggest new bricks. Unfortunately I did not read the TOS again.

Lego’s mail means I will need to take new pictures and work them again in Photoshop. I will need at least a month to comply, impossible to do it in three days. I asked for some more time but my mail will be answered in 2 or 3 days. By then Legos Pueblo will be deleted.

So I guess on Friday this moc will be gone, I am very sad about that. I would like to sincerely thank you all for your support of “Legos Pueblo” up to now. I will do my best to remake the pics and put the moc again in Cuussoo in a month or so. I really hope you may support Legos Pueblo again.