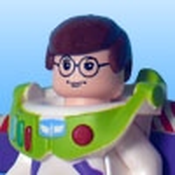 Ever wonder what those little voices inside your head are? Meet Joy, Fear, Anger, Disgust and Sadness, the emotions that guide you through your daily life!

Riley is a happy, hockey-loving 11-year-old girl who, like all of us, is guided by her emotions. The emotions live inside the control center in Riley's mind dubbed Headquarters. This is also where all of Riley's memories are created and where her core memories are stored. From here, the emotions advise Riley through everyday life, led by Joy. But Riley's world turns upside-down when she is uprooted from her Midwestern life and she and her parents move to San Francisco. Riley's emotions try to guide her through this difficult, life-changing event. However, the stress of the move brings Sadness to the forefront. Will the emotions be able to get Riley through this challenging part of her life? You decide!

Based on Pixar's 15th hit animated movie, Inside Out, this playset depicts the inside of Headquarters. It includes minifigures of all five emotions and several key features of Headquarters such as the control console, the memory recall system, the core memories container, the tower, the memory shelves, and a couch with two footstools.

Accessories include a flame piece for Anger (for when he gets really angry!), a notepad for Fear, a newspaper, a mug, and several memory orbs in the colors of each emotion.

If you would like to have a LEGO version of the emotions and headquarters from Inside Out in your home, please support and share this project. It would bring lots of Joy to me and many other Pixar fans if this becomes a real set!

Thanks, and stay positive! :)