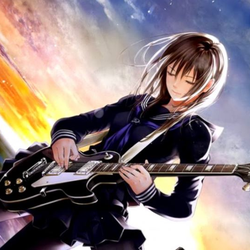 The Game Boy Color was a big part of a lot of people's childhoods, and now, 20 years later, I've recreated this iconic piece of culture in LEGO. This model is a 1:1 scale model of an original Game Boy Color in red, which is one of the original colors it came in, and features two Game Paks and a stand.

I was inspired to create this model when I saw a MOC of a scaled down Nintendo Entertainment System (NES) by Chris McVeigh. His model, while significantly scaled down, featured an opening door and cartridge slot where brick built game cartridges could slide into. It's an excellent model, and I highly suggest checking it out. What really stood out to me was the ability to hold brick built game cartridges inside of the model, just like on a real NES, and so I wanted to integrate that into a different game system. I chose to build the Game Boy Color as my first MOC because I thought that its box-like front would be easy to replicate, but its curved back would be challenging enough for me, and after about 10 hours of tinkering, using a real Game Boy Color and a 6x10 plate as a ruler, I think I came up with a pretty accurate model.

This model features a game cartridge slot that can fit a brick-built Game Pak inside it, and holds it in place with friction. Included in this model are two Game Paks, one blue and one grey. Also on the back of the Game Boy, there is a hinged door, which can open up to reveal two brick built batteries. On the front face of the Game Boy are the D-pad, and the A, B, Start, and Select buttons. On the side, you can see the port for a link cable, as well as the volume dial, and on the other side, the power switch. On the curved bottom of the model, the two audio jacks are depicted by a couple of studs, and on the top, the infra-red receiver/transmitter is present as well. The Game Boy Color connects to the stand with four studs on a hinge at the top of the stand.

The entire build is a total of 284 pieces, although this could probably change in future updates, as there is not much use of SNOT (studs not on top) techniques in this build (I'm not very good at using those techniques yet).

This model would make an excellent display piece for any video game fan, and I greatly appreciate any support!