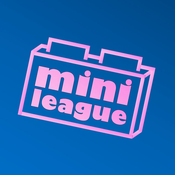 By McJimmieJam
19 comments
"He shoots! He Scores! And Tottenham Hotspur are 1-0 up!"
Here is the Tottenham Hotspur Stadium (in LEGO!). I am a huge Tottenham fan, and there new stadium, in my opinion, has to be one of the best in the world!
This is my third version of the stadium, and this time I have focussed on making it as small as possible, whilst it still being mini-figure compatible. I have of course included the famous golden cockerel, the terrific south stand and the White Heart Lane road sign.
I think that this would make a great display piece. But what makes this set so special is the fact that it really does has playability. This is because the roof and one end of the stadium are easily detachable (in a modular style) and thus one could, holding a minifigure in their hand, play football by flicking the players at the ball (or simply flicking the ball into the goal). Additionally, as shown in the final image, this set would easily fit-in to a modular street scene, and as the changing room tunnel leads directly to a door, the minifugures of the LEGO city could easily enter the stadium, watch a game, and return to their LEGO houses!
Thank you very much for taking a look at this creation! Please support if you like it, and share with you friends! #COYS