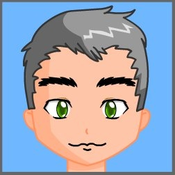 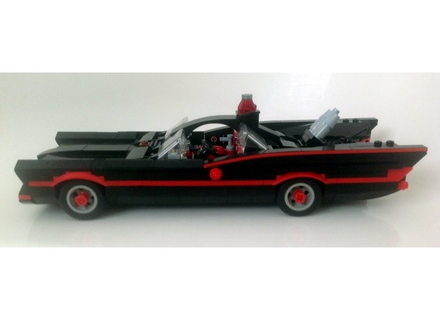 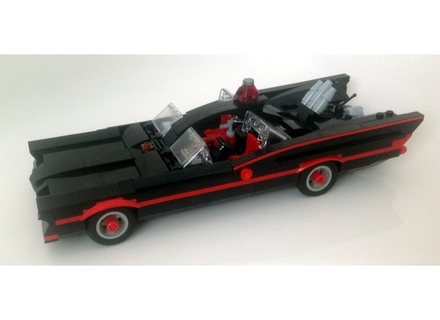 After a lot of thought and computer designing, I've come up with a better visual design for the windshields using only the available Lego parts.

Getting them to fit and get the right angles involved the computer and real world modelling.

Please let me know what you think. 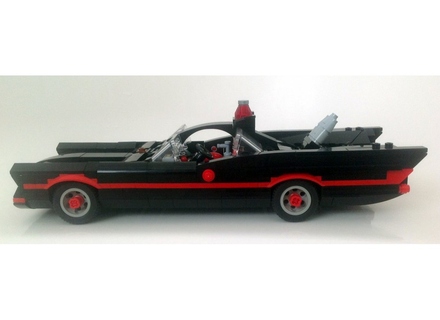 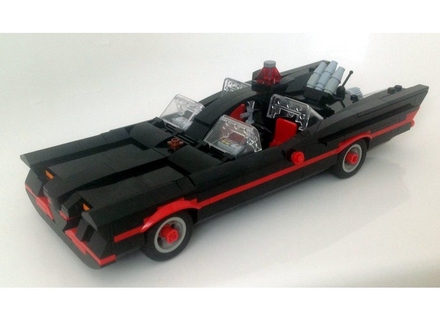 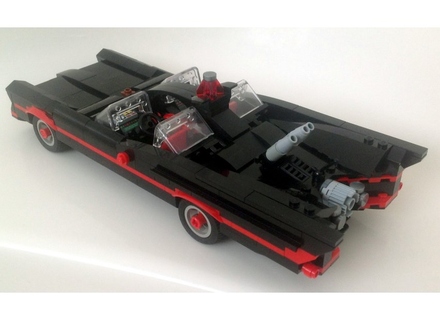 Changes to the front and rear of the batcopter, also added red hose to the tail to give it a more tapered look from above. 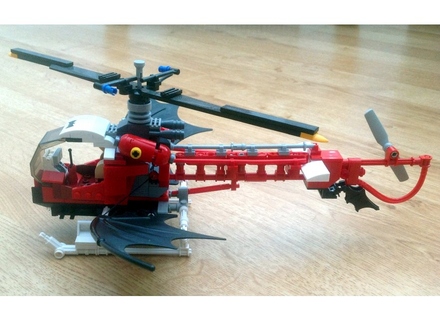 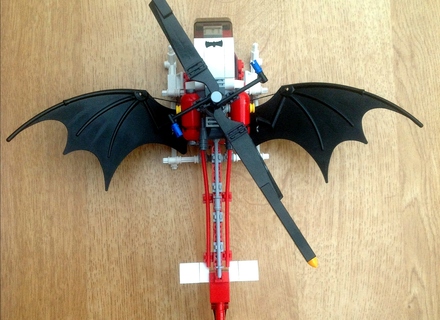 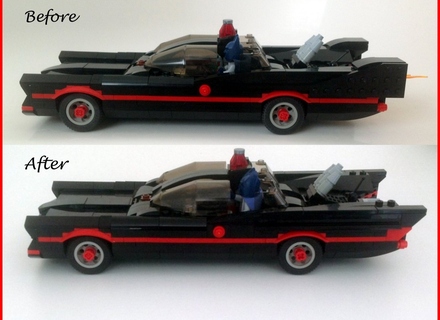 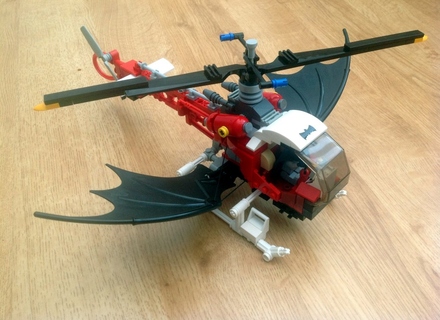 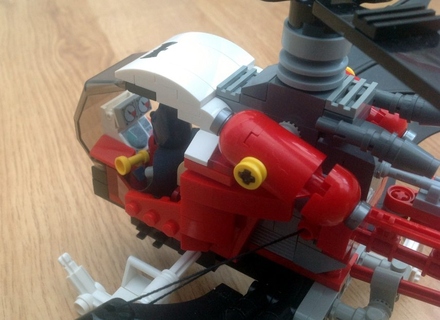 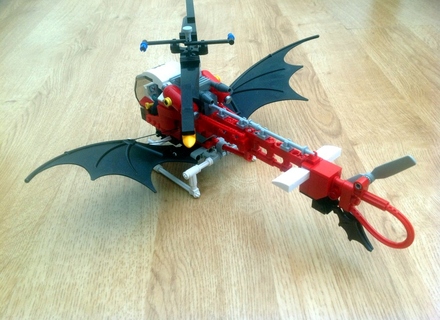 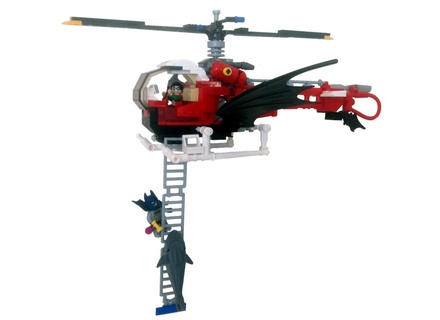 I will have a photo of all 3 vehicles together soon. 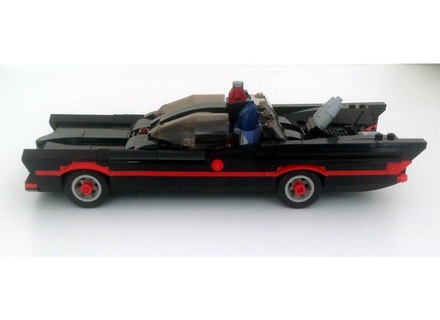 Changed the wings on the Batcopter. 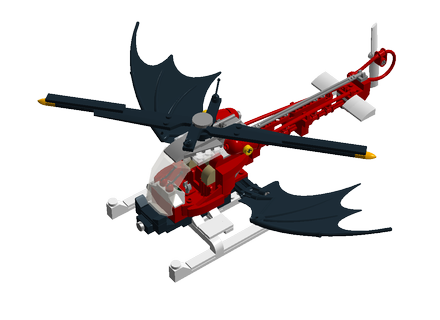 Added new undercarriage to look more like original plus it makes the model more stable. 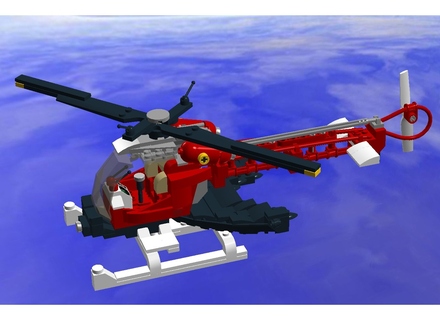 Complete set now with the Batcopter

So now we have the complete set of 66' Bat vehicles.

The Batcopter is now added just need a shark and some shark repellent. 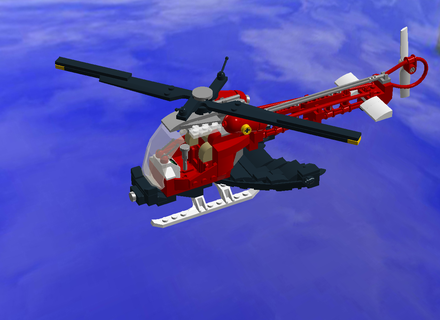 Designed and built a stand to display Bat Boat jumping on the sea. 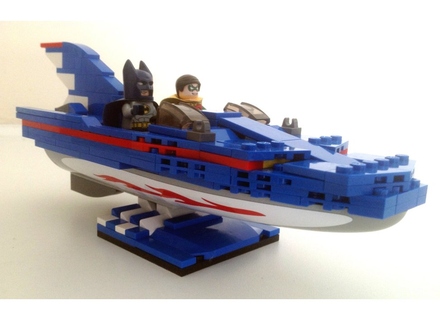