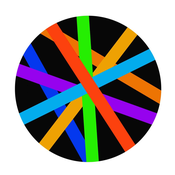 By GenuineZoo
15 comments
Hello everyone, this is my project that I have been working on for almost a month and a half.
As you can see, it is an old computer that is inspired by the 1989 Apple computer called "L.I.S.A".
Where did this idea come from?
Well, as I am a fan of retro technology, it can be deduced that I love old technology. That's why I always collect and buy old things from the 70s, 80s and 90s. Suddenly I had a strange idea and it was to create a Vintage Object.
It sounded great at first, but then I realized: creating a real vintage item will be extremely difficult for me... that's why I kept that idea for almost a month.
One day I was building LEGO in my house. I was trying to waste some time so as not to get bored, but suddenly I remembered my idea again, I thought "why now?" And that's when I looked at my table and saw what I was doing (building LEGO) and I thought, well, I can't make a really functional vintage machine, but I can build one out of LEGO pieces, that's much "easier" So since I realized that I don't have enough parts to build it, I installed a software that is used to build 3d models in LEGO ... it took me 1 month and a half to design it, with some problems and obstacles ... but finally it I did. And here I am today showing you my first idea, I really hope you like it.