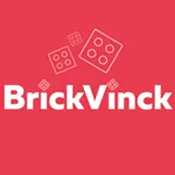 By BrickVinck
122 comments
The Vintage Kitchen Mixer!
I built this set from the bricks of Lego Vespa 125, when I had built this set I saw a kitchen mixer in, such a retro model.
I started a youtube channel at the beginning of this year and in it I make speed builds from lego sets and from those bricks from that set I make an alternative build. That's why I came up with this model. I have therefore not used any other bricks than just the bricks from the set.
When I built the kitchen mixer, I put it on a shelf in the kitchen, and it looked great there. When we got a visit from friends, they thought from a distance that it was really such an old kitchen mixer. This really is one of those sets that lego fans put on the shelf in the kitchen! Just one you must have!