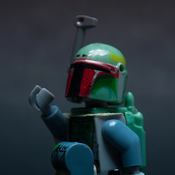 History:
The Polaris Slingshot was originally imagined as a prototype in 2010, and was available for purchase in late 2014.  The first models available were the 2015 Slingshot S and SL.  The S was the first of it's class with outstanding performance unlike any other vehicle or motorcycle.
The SL was the second model for purchase, and included the same 2.4L Ecotec 4 cylinder engine and 173 hp as the S, but had improvements such as back-up cameras and larger custom wheels.

In 2016 new models were added with unique colors, turn-by-turn navigation, and a Slingshade top.

In 2017 a new model was released, named the SLR.  Sparco accessories and two-tone paint added to the improvements.

2018 brought the Slingshot Grand Touring into play.  It was designed with comfort and style in mind.  It added quilted comfort seats and color matched fenders which upgraded the experience.
2020 announced a whole new era of Slingshot with plenty of new features.  A new Prostar 2.0L engine with 178 hp, and AutoDrive transmission are only some of the updates.  The maximum speed is limited to 200 kph (125 mph), with a rev limit of 8500 rpm.  The wheel base is 105 inches, with a ground clearance of 5.4 inches.
The Idea:
This minifigure scale vehicle adds a touch of realism as well as a high class experience to your town.  It is wonderful for imaginative races or just cruising your minifigures around the city.  The sleek and compact design makes it great for on the shelf or around your Lego town.

The road in photo 1 is not included in the idea.
This build is packed with amazing details, such as cup holders and sleek fenders, as well as some amazing building techniques. It is mostly inspired by the 2020 SL, but there are some details from other models. I built it in the Red Pearl color scheme.
If you want your minifigures to be able to cruise in this unique car, please support this project.  Also let me know what you think and/or would improve using the comments section!