The LEGO Photography set a series of neat little dioramas about minifigures taking pictures of interesting things they found in nature.  They are all built on 9x8 custom built base plates that are made using two 8x4 plates and one 8x1 tile.  I believe this set would appeal to people of all ages for it is not really based on anything and it includes lots of cool elements.

The minifigure in this scene has wandered through the forest and happened to bring a camera with her.  She soon stumbles upon a duck sitting atop an icy pond.  What a perfect spot for a photograph! 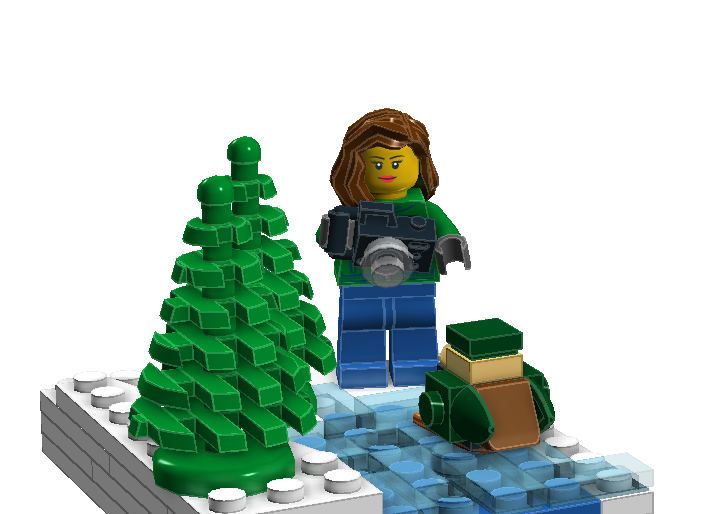 This model has a piece count of 51 and would be quite nice to have on your desk or shelf or wherever you want it! :D  With its rare transparent blue tiles and pine trees, this set would also be great to make your own LEGO Ideas with!

The diver planned on taking pictures of the reef, maybe some tropical fish too, but she never planned on finding such an interesting spot to photograph!  Inside the seemingly normal undersea cave, she found a sea turtle relaxing in its cozy den. 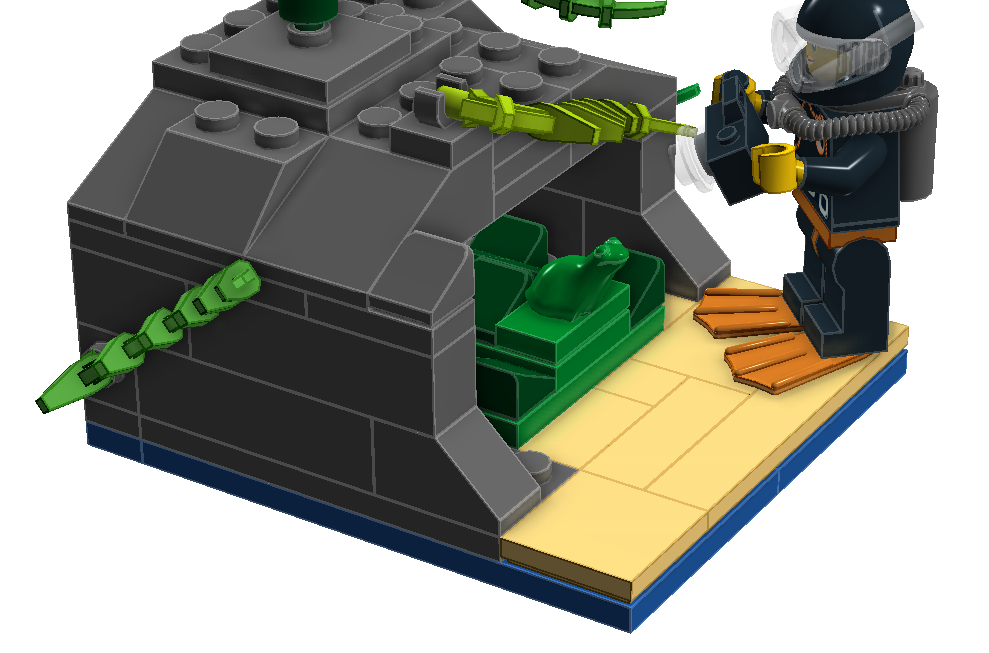 The diorama here has 84 pieces and is definitely a nice model to add to anyone’s collection.  It has a blue base only to show that it’s underwater, but otherwise it consists mainly of sand-colored and grey LEGO elements.  Also, it is has a rare sea grass element and some multicolored vine whips!

The archaeologist minifigure has been digging a long time with no success.  He’s just about to give up when he notices something sticking out of his hole.  An ancient prehistoric bone has been uncovered!  What a great find! 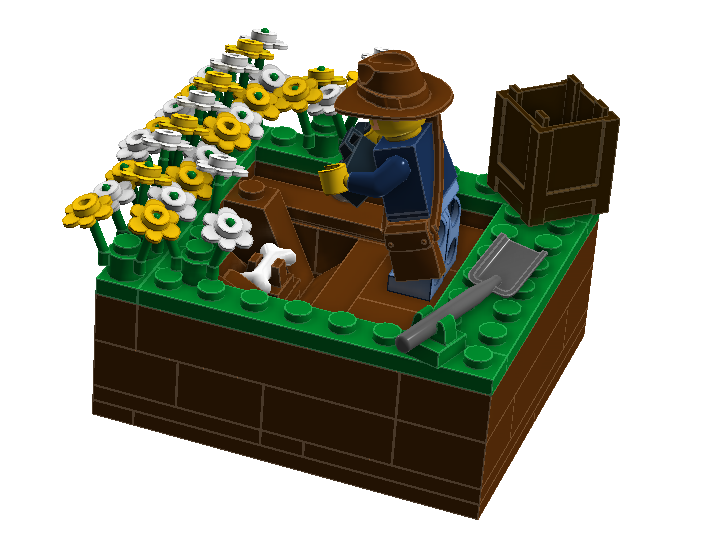 At 108 LEGO bricks, this is by far the largest of the three.  The archaeologist might remind of a famous adventure hero you know…   The model’s build is quite interesting; you start building it with the LEGO Photography 9x8 base and work your way up! 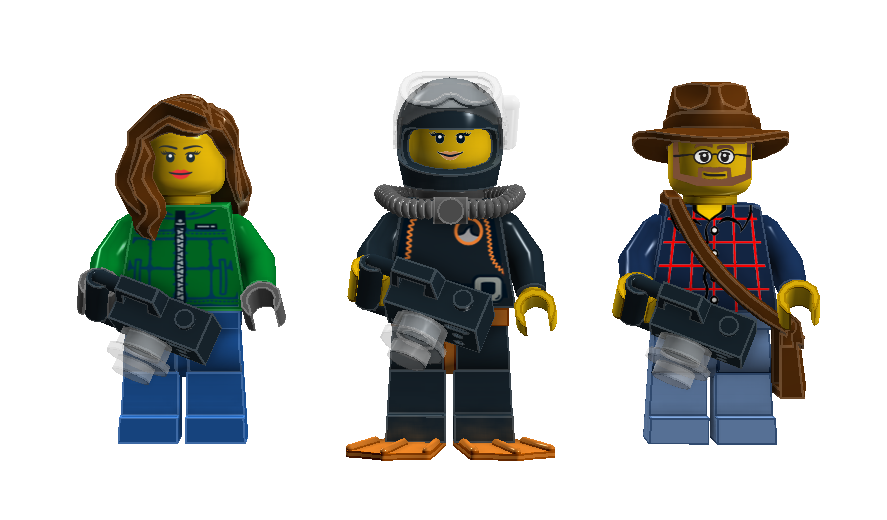 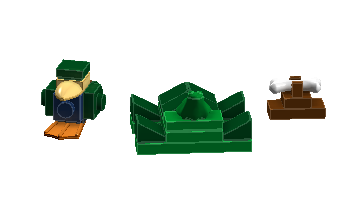