Legend of Zelda: Brick of the Wild: Gerudo Desert Playset 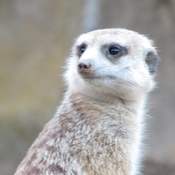 By Monster_Products
15 comments
Thanks so much for looking at my LEGO Project IDEA! I'm a huge fan of the Legend of Zelda, especially Breath of the Wild and I began making monsters and settings from the game about 3-4 months ago so that I could play with the figures and make up my own stories even being the bad guys. So I made Lizalfos (which I call Lizals), Koroks, Bokoblins, Keeses, Moblins, Talus, Pebblit, Guardians and more (and of course Link) using the awesome LEGO Mixel pieces where I could for maximum poseability and a very cool scale to go with traditional style LEGO minifigures. They have been so fun to play with that I was sure millions of people all over the world would LOVE to have Zelda LEGO sets to play with, like I was!  So, I made my first Lego IDEA which was a great learning experience but I thought it didn't really show too well the potential of LEGO Zelda. So I had done clay animation before and was inspired by Brotherhood Workshop to make a Brick Film and spent over a month making my first short brick film of Legend of Zelda:Brick of the Wild, which can be seen on my Youtube channel: Monster Products!!!
Anyway watching my first project just barely make it to 100, I thought that my newer IDEAS for Zelda LEGOS were way better than that original project and I thought they were so much better that I should put up another completely new project rather than modify that one so I just deleted my old project and and am putting up this one which I'm sure will do better and inspire others to see how great Lego ZELDA could be. It would be really great to have a LEGO Idea set based on my (and others') Zelda IDEAS but I'm really hoping for a whole new line of Zelda LEGOS like they've done with the great Super Mario Brothers line!