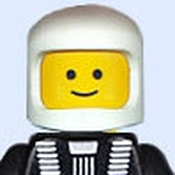 By MarquisdeGeek
19 comments
To celebrate the centenary of Howard Carter's amazing discovery, in 1922, here's a set which lets you experience the wonder of Egyptology and the pharaohs.
It is an accurate scale model featuring the antechamber, annexe, treasury, and (of course) the burial chamber which contains stylised hieroglyphics, three nested sarcophagi, and canopic jars. True to life, the west wall features a representation of the 12 hours of Amduat, while the north wall shows King Tutankhamun being welcomed into the underworld by Osiris.
It also features a staircase and breakable entrance so you can retrace Carter's first footsteps from outside the tomb, to his discovery of the king himself, all built from reference work from my library as a lifelong fan of ancient Egypt.
There are also a number of individual treasures, such as a chariot, the statue of Osiris, a chest, boats to take Tutankhamun to the afterlife, and numerous other items modelled after the original photographs. This set has so many items to discover, each one telling a unique story, that it will give many hours of delight and wonder to anyone.